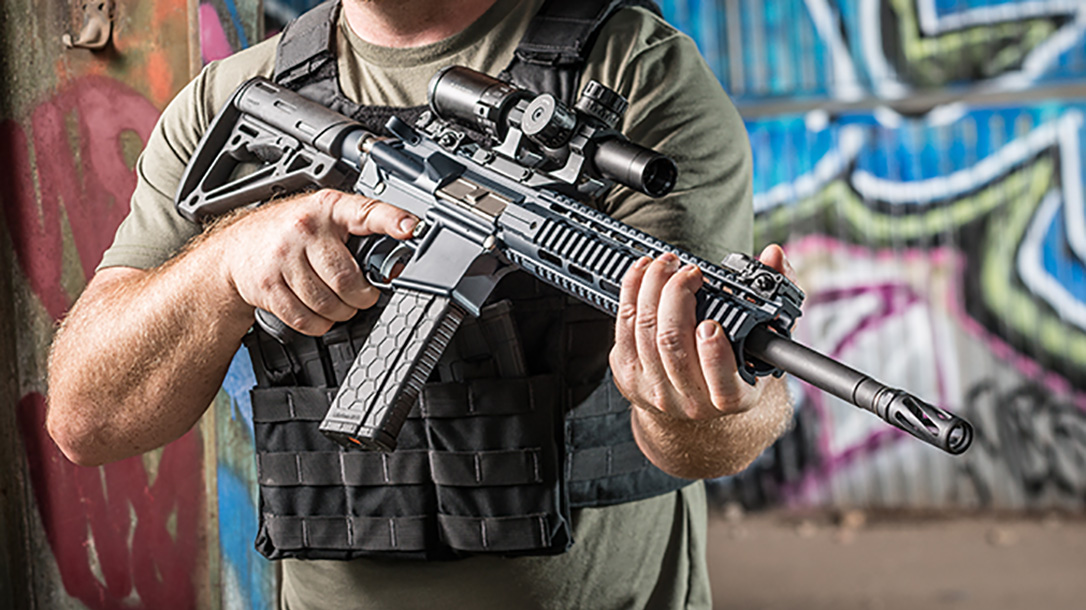 The BR4 Diablo is a SBR designed for CQB and entry work. Chambered in 5.56mm, it features an 11.5-inch barrel with an A2 flash hider; flip-up sights; free float KeyMod rail; Ergo pistol grip and an M4 stock. It’s essentially Battle Rifle Company’s version of the MK18 platform. For this contract, Battle Rifle Company added a few custom features to suit the needs of the Bayamón PD.

Located just west of San Juan, Bayamón is one of the largest cities in Puerto Rico. It has a population of over 200,000 and is still recovering from the 2017 hurricane season. As part of that recovery process, the city is rebuilding and re-equipping its police force, which is dealing with the high crime rate that usually follows natural disasters in urban areas.

Therefore, the BR4 Diablo rifles will be used by the Bayamón Police Department’s SWAT team for warrant work, vehicle hijacking, drug interdiction and more. As noted in the presser, Bayamón SWAT is the only certified SWAT team on the island. As such, they help out a number of other departments when needed.

“This was our first international deal, and we are very proud to be able to equip such an important and prestigious department,” Battle Rifle Company owner Chris Kurzadkowski said. Kurzadkowski personally delivered the rifles in Puerto Rico and conducted an orientation for the Bayamón police officers.

See below for additional details on the BR4 Diablo. To learn more about Battle Rifle Company, visit battleriflecompany.com.