A woman hurled racial epithets and ignored multiple warnings from a Bossier City Police officer in Louisiana recently. Then while brandishing scissors, the woman advanced on the officer, who fatally shot the suspect twice.

Recently released officer body cam footage shows the entire incident. It all began when an officer responded to a call of a disorderly person inside a LaQuinta Inn, according to shreveporttimes.com. That’s where officer Patrick Edmond, Jr., encountered 45-year-old Shannon Rupert, behaving extremely erratic.

“The deceased appeared highly animated and erratic in the time period preceding the officer’s arrival and she refused to leave the non-public area of the business and armed herself,” said Bossier-Webster Parishes District Attorney J. Schuyler Marvin, in a letter published by shreveporttimes.com.

Footage shows the woman continue to rant, refusing to get off the phone. She threateningly waves scissors toward the officer, and shouts racial insults. “You’re gonna have to shoot me,” she says repeatedly.

“Those actions continued after the officer arrived, and the deceased continued to grasp and brandish a scissors and knife, Marvin wrote. “The officer distanced himself from the deceased on the other side of the hotel front desk. In response to the officer’s clear instructions to drop her weapon, the deceased used racial epithets and told the officer that he would have to shoot her before complied.” 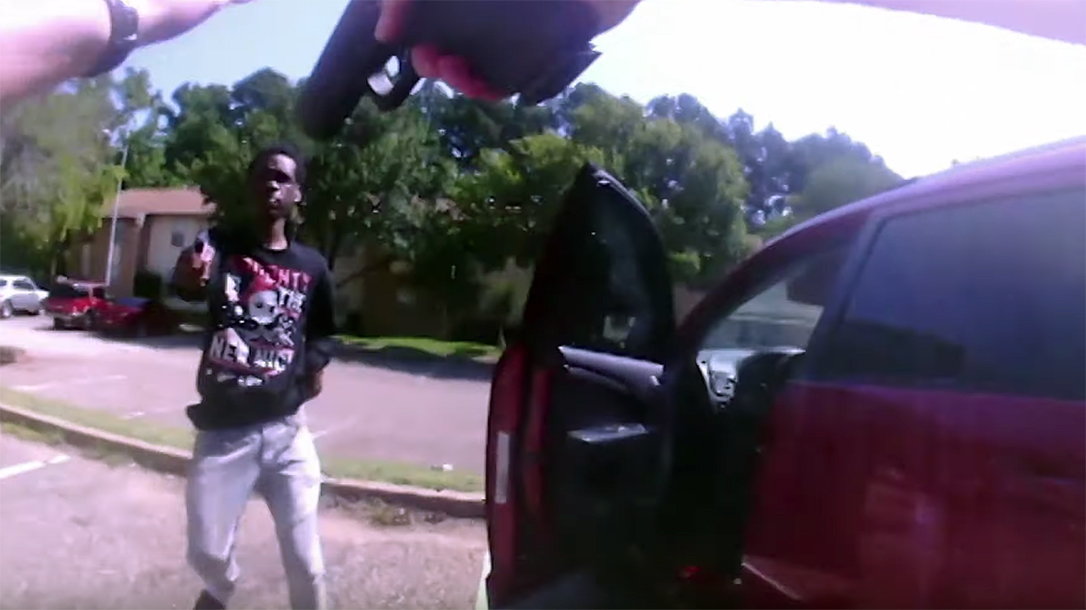 As Rupert moves from behind the counter, Edmond issues one final warning. “If you come over here, I will kill you,” he says. Unfortunately, the woman refused to listen.

“The officer conveyed a clear, concise warning of what would happen if the deceased continued to approach while armed,” Marvin wrote. “In immediate response to the officer’s warning, the deceased both arms while holding the scissors and moved towards the officer within a distance that appeared to be no more than seven and possibly five feet when the officer fired two shots, in immediate succession.”

Authorities transported Rupert to a local hospital where officials pronounced her dead at the scene, according to shreveporttimes.com. Police placed Edmonds on administrative leave, pending a full investigation. However, Marvin’s published letter fully exonerates Edmonds of any wrongdoing.

“Based on all evidence reviewed it is my firm opinion that no crime was committed by the officer as his actions constituted justifiable homicide,” Marvin wrote. “The circumstances confronting this officer were such that a reasonable belief existed that he was in imminent danger of losing his life or suffering great bodily harm, and the discharge of his firearm was necessary for the prevention of a possibly lethal threat.”