The Brazilian Army has placed an order for more IA2 assault rifles. 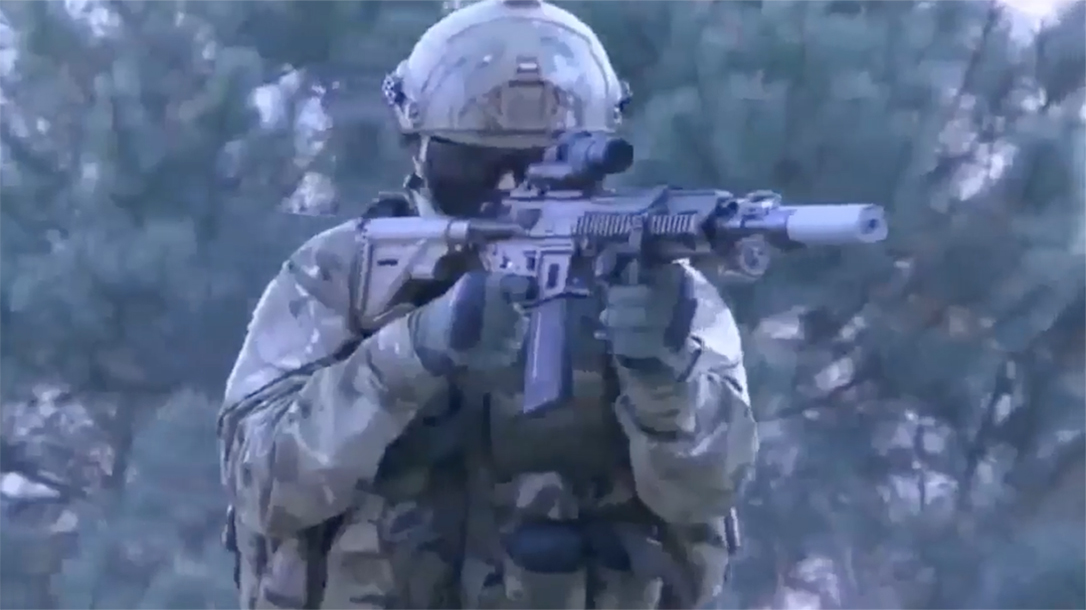 According to Jane’s 360, the Army Logistics Command recently awarded state-owned company IMBEL (Indústria de Material Bélico do Brasil) with a R$25.64 million ($7.3 million) contract for 4,000 additional IA2 rifles chambered in 5.56×45mm NATO. The rifles are set to be delivered 240 days after the contract award.

The IMBEL IA2 is designed as a replacement for the aging 7.62x39mm IMBEL M964 and M964A1 MD1, which are domestically produced variants of the FN FAL. It is a gas-operated, select-fire weapon. Fed from 30-round detachable box magazines, it features polymer furniture; left-side charging handle; and a flip-up rear sight adjustable for 150 and 300 meters. Several different variants have been introduced, including the standard rifle with a 17.7-inch barrel; a carbine with a 14.5-inch barrel; another CQC model with a 10.3-inch barrel; and a sniper rifle version with a 20-inch barrel. There’s also a 7.62x51mm model, but it is essentially a factory conversion of the older FN FAL rifles. More on this system below, via Modern Firearms.

It uses short stroke gas piston with manual gas regulator, located above the barrel. Barrel locking is achieved by conventional rotary bolt with 7 radial lugs that lock into the barrel extension. This allows for lightweight, aluminum alloy receiver, with aluminum alloy trigger housing hinged below. Cocking handle is located on the left side of the receiver and does not move when gun is fired. Furniture (forend, pistol grip and side-folding shoulder stock) is made from polymer. Feed is from detachable box magazines, compatible with US M16 rifles. Standard sights include flip-up aperture rear sight with settings for 150 and 300 meters.

Additional sights (red dot, telescope, night vision) can be installed on the integral Picatinny rail that runs atop of the receiver and forend. Additional rails on the forend can host other optional equipment such as tactical lights, vertical grips, lasers etc. Despite relatively short barrel, IMBEL IA2 5.56 assault rifle can be fitted with detachable knife-bayonet.

Specifications on a IMBEL IA2 carbine variant can be seen below.