When it comes to firearm selection, Brazilian law enforcement agencies have historically been relegated to local gun makers like IMBEL and Taurus, but that appears to be changing. Recently, the country’s Departamento de Polícia Federal (Federal Police Department) and the Polícia Rodoviaria Federal (Federal Highway Police) received firearms from foreign manufacturers. A couple of months ago, the São Paulo Military Police selected the Glock 22 as its new duty gun. Now, the PPCE (Polícia Civil do Estado do Ceará, or Ceará State Civil Police) is following suit with a new shipment of guns sourced from beyond Brazil’s borders. 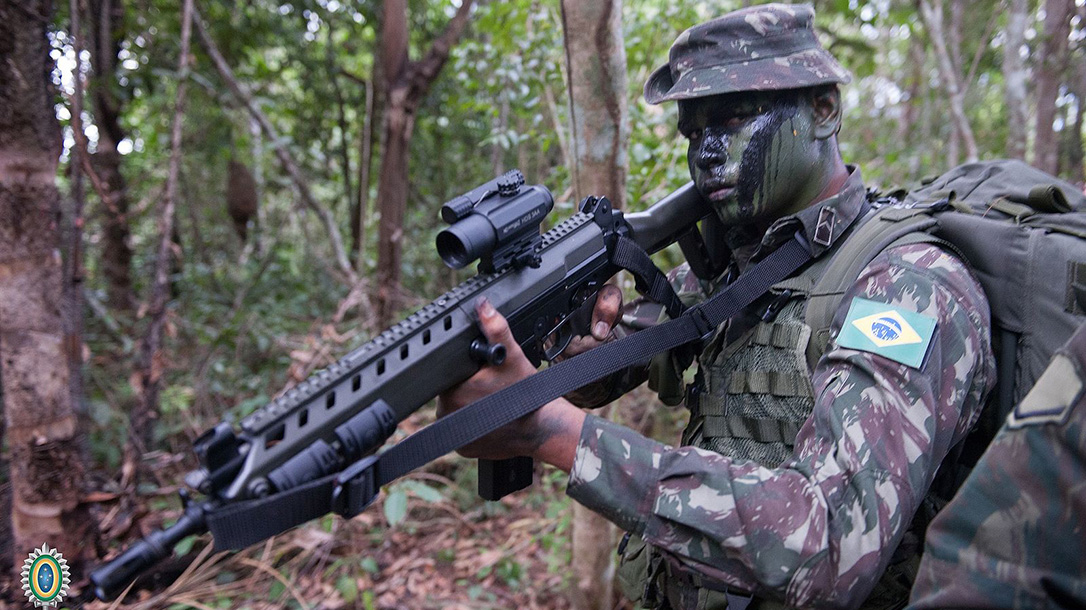 A press release reveals that the PPCE has received a batch of 150 Radical Firearms RF-15 rifles. In addition, the agency has received an unknown number of Sig Sauer P320 pistols, as well as five Armalite AR-10 SuperSASS rifles.

Radical Firearms says the RF-15 was picked after an “extensive evaluation process” that included a trip to the company’s Texas facility by a delegation of C.O.R.E.—Coordenadoria de Recursos Especiais, Rio de Janeiro’s civil police tactical unit—representatives, as well as Brazilian government officials.

“This particular model of RF-15 were built with a specialty maritime coating to deal with humidity and other unique conditions of the PPCE’s operational area,” the presser states.

While this initial shipment is for the PPCE, the agency’s military counterpart, the PMCE (Policia Militar do Ceara Policia Militar do Brasil) will get foreign-made weapons before the year is out. The PMCE works on “special emphasis operations to deter violent crime,” according to Radical Firearms. Other agencies, like the PCES PMES (Polícia Militar and Polícia Civil do Estado do Espírito Santo) are also looking into upgrading their firearms.

Located on Brazil’s northeast coast, Ceará is the eighth largest state in Brazil. It covers a geographic area the size of somewhere between Minnesota and Michigan. It has a population of around nine million people. The state capital, Fortaleza, is described in the presser as an ocean port and a major tourist destination. Unfortunately, both residents and visitors have to deal with a high crime rate affected by a contingent of violent gangs. That’s why the PPCE is boosting both firepower and manpower.