All good things must come to an end. A visit to Browning‘s website reveals that, sadly, the legendary Browning Hi-Power pistol has been discontinued. Here’s the official announcement below: 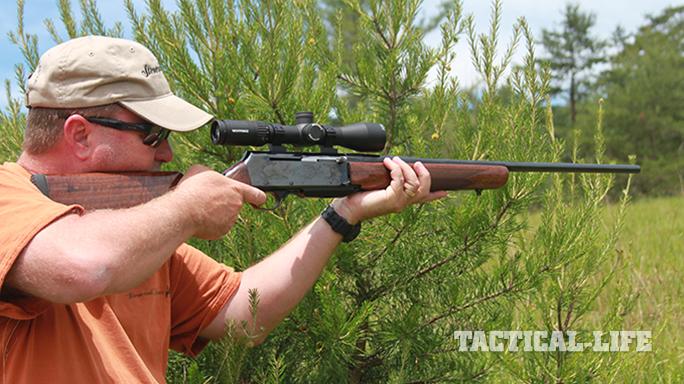 No longer in production. The Hi-Power is one of John Moses Browning’s finest designs. And although it is possible to still find Hi-Power pistols at dealers across the U.S., the Hi-Power is technically out of production. Current dealer inventories will be the last available from Browning for the foreseable future.

Work on what would become the Browning Hi-Power began in the early 1920s when FN Herstal commissioned John M. Browning to create a new sidearm for the French military. The requirements for the new pistol were as follows: it had to be compact, have a magazine capacity of at least 10 rounds, have an external hammer, external safety and magazine disconnect, be lethal out to 50 meters (55 yards), and be easy to disassemble and reassemble in the field.

As American Rifleman notes, Browning—having sold the M1911 patents to Colt—designed two striker-fired prototypes in his Ogden, Utah, shop; the first was a blowback, the second was a locked-breech design. The latter was chosen by the powers that be for testing, and Browning applied for a patent on June 28, 1923. Unfortunately, it wasn’t approved until Feb. 22, 1927, four months after Browning’s death.

When Browning died, legendary FN designer Dieudonné Saive continued to tweak the design of the gun and is credited with shepherding the project to completion.

By 1934, work on the Browning Hi-Power was finished. The French military—which originally requested the new handgun—ultimately decided to go with the Modèle 1935 pistol instead. But France’s loss was Belgium’s gain, as the Belgian military officially adopted the 9mm Browning Hi-Power in 1935.

The Browning Hi-Power saw action on both sides during World War II. The Germans used it when they captured Belgium, and therefore the FN plant, in 1940. The gun was designated the Pistole 640(b) when it was being produced under Nazi control. Fortunately for the good guys, plans for the Hi-Power were smuggled out of Belgium and wound up in the hands of Canadian gun manufacturer John Inglis and Company, which began producing Hi-Power pistols for British Airborne, the SAS, nationalist Chinese forces, the Canadian military and the OSS, which is the precursor to the CIA.

After the war, the Hi-Power was adopted as a sidearm by over 50 armies and 93 countries around the world, Popular Mechanics says. Eventually, the gun—which served faithfully during virtually every major conflict in the 20th century—was introduced to the civilian market. To date, well over a million Hi-Powers have been produced.

Let’s all raise a glass to the Browning Hi-Power, the final iconic, influential design of John Moses Browning.