by Caleb Giddings
in News, USPSA
0

In a sudden reversal of policy, the United States Practical Shooting Association (USPSA) announced yesterday that the upcoming national championships scheduled for October would be moved away from the Cameo Shooting Complex in Colorado. This is a developing story that has been updated with new information. 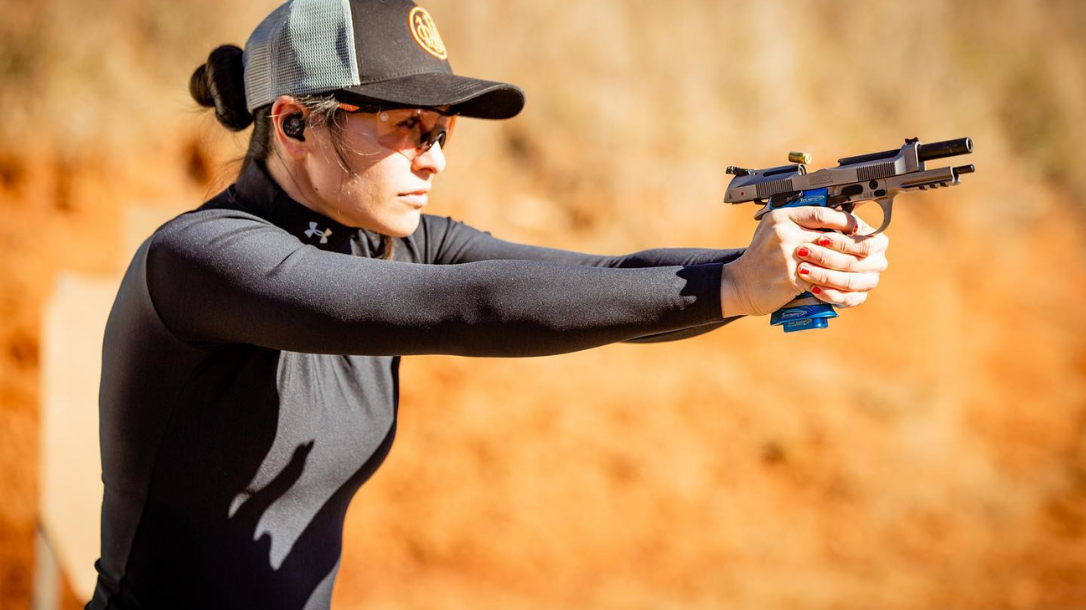 Beretta USA Returns as Title Sponsor for the 2022 IDPA Nationals

Located just outside of Grand Junction, CO, the Cameo Shooting and Education Complex had already hosted the USPSA 2-Gun Nationals earlier this year. However, that was when the controversy began.

A local anti-gun group, Ceasefire Colorado, got wind of the 2-Gun nationals match. They got in front of cameras and microphones. Then complained that USPSA’s members were in violation of Colorado’s unconstitutional magazine ban.

In a letter from April, Mesa County Sheriff Todd Rowell said the following:

“Although I do not get to decide which laws are laws, I do want to let you know that the Mesa County Sheriff’s Office does not seek out law-abiding citizens to see if their magazines meet this statute. Please feel free to share this letter with those that are concerned about this law and encourage them to visit and enjoy our beautiful Mesa County.”

“I fully support Sheriff Rowell‘s determination that entrants into a sporting contest of shooting do not pose a public safety risk, and utilizing resources to determine whether any of them are possessing, for competition purposes, a magazine out of compliance with Colorado law does not solve any of our public safety problems.”

The Range is Owned by the State of Colorado

Despite the statements from local officials, the Cameo shooting range is owned by the state of Colorado. Following the hand-wringing outcry of the anti-gun faction, Colorado Parks & Wildlife (CPW) issued a statement. In their statement, they added a requirement to all matches at Cameo. Going forward, anyone attending a match at the Cameo Shooting Complex would have to sign an affidavit, under the penalty of perjury. This would say their magazines were in compliance with Colorado’s law. Under the law it’s legal to own a 15+ capacity magazine if you’re a member of law enforcement. A military member that carries weapons as part of their official duties is also exempt. So are magazines owned before 2013.

Prior to CPW’s statement, USPSA leadership assured their members that there was no issue with bringing standard magazines into Colorado. However, in the wake of the new affidavit requirement, they quickly reversed their position. According to a statement, because the affidavit subjects a member to a perjury charge on top of the misdemeanor for the magazine, USPSA opted to relocate the upcoming Open, Limited, PCC, and Production national championships to the CMP Talladega Marksmanship Park.

An attempt by Republican representatives in the Colorado state legislature to carve out a sporting contests exemption to the state’s magazine ban failed to pass earlier this year. USPSA’s statement said that until such a carve-out existed, they’d no longer book matches at the Cameo complex.

What other Matches Could be Affected?

Looking at the Cameo Shooting Complex calendar, several other matches are in jeopardy. In July there’s the 2022 COMPEXPO. This features a Multi-gun event sponsored by Surefire. Then, in September there’s IDPA Nationals. Many of the guns in IDPA are compliant with the Colorado ban. However, the majority of guns in IDPA’s two most popular divisions aren’t. Most guns in Stock Service Pistol and Carry Optics can hold more than 15 rounds. That’s saying nothing of IDPA’s PCC division, which allows up to 30 rounds.

Prior to publishing, I reached out to an IDPA employee to see if they were thinking about moving Nationals. I’ve not yet received a response.

Does the Cameo Shooting and Education Complex Not Want These Matches?

Far from it. The various national level matches bring huge amounts of revenue to the Cameo Shooting and Education Complex as well as the surrounding Grand Junction area. The facility’s manager is Walt Proulx. If you’re not familiar, Walt is an accomplished competitive shooter himself.

In fact, this raises the question how a small-time anti-gun group in Colorado got wind of the USPSA events in the first place. For a number of reasons, the shooting sports usually fly under the radar of the anti-gun crowd. So how did Ceasefire Colorado find out about the USPSA 2-Gun Nationals?

Unfortunately, there are no easy answers to that. According to unverified sources, Infinity Firearms intentionally informed Ceasefire Colorado about the USPSA matches. This is unverified, but is based on speculation that Infinity was seeking to drive down attendance at USPSA Nationals. Why would they do that? In order to increase attendance at their own showcase match, the Infinity Open. Infinity’s match is shortly after USPSA Nationals. The matches would have competed with one another for attendance. Attendance matters to Infinity for their match, as they need a significant number of attendees in order to cover the costs of the prize payouts.

Again, whether or not Infinity leaked info to Colorado Ceasefire is unverified RUMINT at this point. It’s troubling to even entertain the thought that a firearms manufacturer would intentionally sabotage a national championship.

Next Steps for the Cameo Shooting Range

What will happen next for Cameo? They just received a grant from the state to expand the facility to attract more major matches. However, with USPSA pulling out, that seems like it may be difficult. Yes, there are other shooting sports. But, all the fun shooting sports involve standard capacity magazines. If IDPA pulls their Nationals as well, Cameo could be in real trouble.

June 23rd Update: How Colorado Ceasefire Likely Found Out About the Matches at Cameo

Since publishing yesterday, new information has come out that casts doubt on the above mentioned speculation as to how Colorado Ceasefire found out about the USPSA championship matches. It seems that the truth is far less exciting than unverified rumors. That’s usually the case.

On February 28th, 2022 the Colorado Legislature held a hearing on House Bill 1145. We referenced that bill earlier in this article. It would have carved out a narrow exemption to Colorado’s magazine ban, specifically for people participating in shooting events. The bill’s sponsor, Perry Will, is a former officer for CPW. The goal of his bill was to ensure that out of state organizations such as USPSA, IDPA, etc would have legal top-cover for events in Colorado, and wouldn’t place their members in potential legal jeopardy.

Also in attendance at the bill’s hearing were members of Colorado Ceasefire. They spoke in direct opposition to the bill. During the hearing, Mr. Will mentioned the Cameo shooting complex several times. He also mentioned that Cameo is the host facility for major shooting matches.

Again, this hearing was in February of 2022. This would have placed Cameo and USPSA Nationals on Ceasefire Colorado’s radar well before April or 2-Gun Nationals in June. If, like many, you were wondering how exactly a small time anti-gun org found out about USPSA events at Cameo, the answer is clear. They were in attendance at the bill’s hearing in February, and like any competently run advocacy organization, they made a plan accordingly.

These new facts make the idea that Infinity leaked the match to Colorado Ceasefire extremely unlikely to the point of being a ridiculous accusation. Colorado Ceasefire was aware of Cameo and the activities there as early as February.