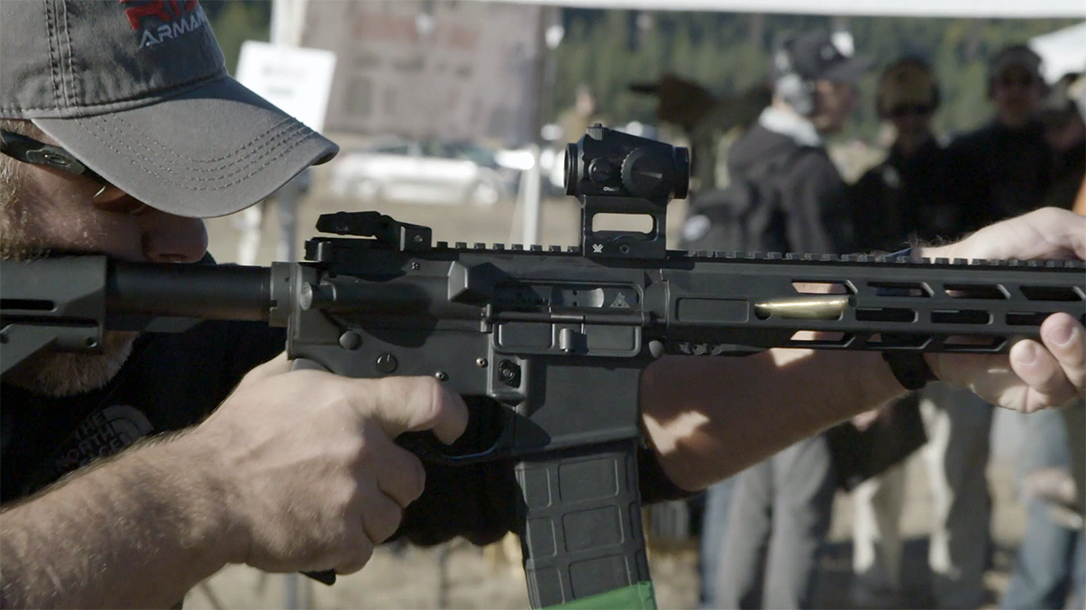 The Tahlequah, Oklahoma-based Cherokee Nation Marshal Service requested that RISE demo the law-enforcement platform. So RISE spent a day on the range with the marshals, running the rifles through multiple drills showcasing the Watchman’s accuracy, dependability and durability, according to RISE Armament.

The marshal service tested multiple high-end manufacturers’ rifles, ultimately determining the RISE Watchman to be the best performing rifle. Further, the rifle excelled by providing the most value as well, according to RISE.

“RISE is honored to have the Watchman rifle and pistol selected for field use by the Cherokee Marshals,” stated Matt Torres, president of RISE Armament. “The Watchman was designed specifically for law enforcement purposes, and it’s exciting to see it meeting the high standards we set for it.”

RISE Armament developed the Watchman with input from SWAT/SOT/SRT officers. Additionally, patrol officers, military snipers, professional firearms instructors, and competitive shooters gave input. Above all, that collaboration ensures the platform combines the best in functionality, accuracy, dependability, and affordability, according to RISE.

Both the patrol and pistol versions feature a free-floating, match-grade 416R stainless steel barrel with proprietary fluting for weight reduction. Additionally, the platform utilizes Rise Armament’s LE145 Tactical Trigger, which has a crisp, balanced break and 4.5-pound pull, according to RISE.

Further, it has a precision-machined aluminum handguard with a continuous 12 o’clock top rail, M-LOK slots for attachments, and a skeletonized design for weight reduction. The rifle is sub-MOA accurate with duty ammo, according to RISE. For more information, visit RISEarmament.com.

Want more on this great law enforcement rifle? Then check out the upcoming May/June 2019 issue of Tactical-Life magazine. In it, Mitch Hardin breaks down RISE Armament’s latest duty rifle, the Watchman. Grab your copy at OutdoorGroupStore.com. For digital editions, visit Amazon.