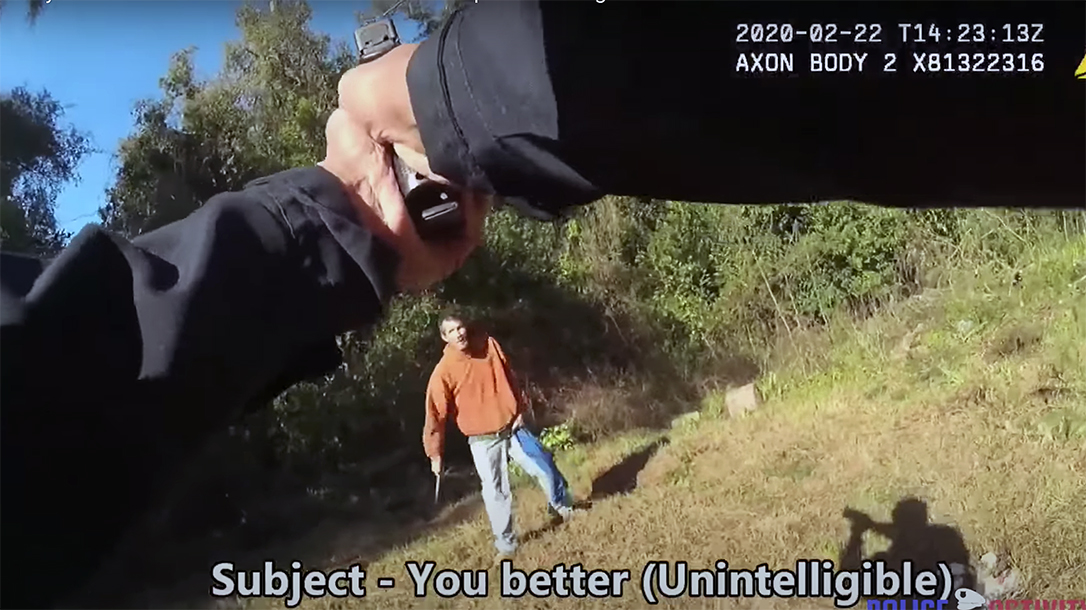 “They were in uniform, clearly Chicago police officers, and this offender had no regard for their position as police officers — no regard — and began trying to kill them,” said Chicago Police Superintendent David Brown, reported AP News. “But for the good Lord’s grace that we’re not here talking about planning a funeral for our officers.”

“This offender had no regard for their position as police officers. No regard. And began trying to kill them,” Brown said, reported AP News.

Officers responding to a call of gunfire, encountered 45-year-old Bruce Lua. Footage shows several officers issue a series of verbal commands. But Lua pulled a gun instead, drawing suddenly on police. One officer took a round in the shoulder above his protected vest, according to AP News. Another officer received a gunshot wound to the hand.

Footage shows the incident turn in an instant, with the suspect getting the drop on police. A violent, intense firefight ensued, with police finally shooting Lua in the leg, ending the threat. Both officers received medical treatment, as did the suspect.

The shooting marks 16 officers shot at during the last 15 months, according to AP News. Suspects fired at another 108 officers during that time. Mayor Lori Lightfoot blamed the flow of illegal guns as the source of the cause. The shooting “underscores the danger that our men and women in the Police Department face every single day,” Lightfoot said, reported AP News. “They run to danger to protect us. And we can’t ever forget that.”

Just this past weekend, Chicago police responded to 38 shootings from Friday evening through Sunday. Shooting victims ranged from 15 to 62 years old, according to Fox News. One murder victim died from stabbing wounds. The total carnage recorded 54 injured and eight killed throughout the city, suggesting illegal guns do not explain the root of the problem, despite Lightfoot’s anti-gun assertion.