The Civilian Office of Police Accountability—the civilian oversight agency of the Chicago Police Department—has released body camera footage of an officer-involved shooting from May. The video shows officers chasing a suspect, and then opening fire after the suspect allegedly produced a gun and pointed it at them. 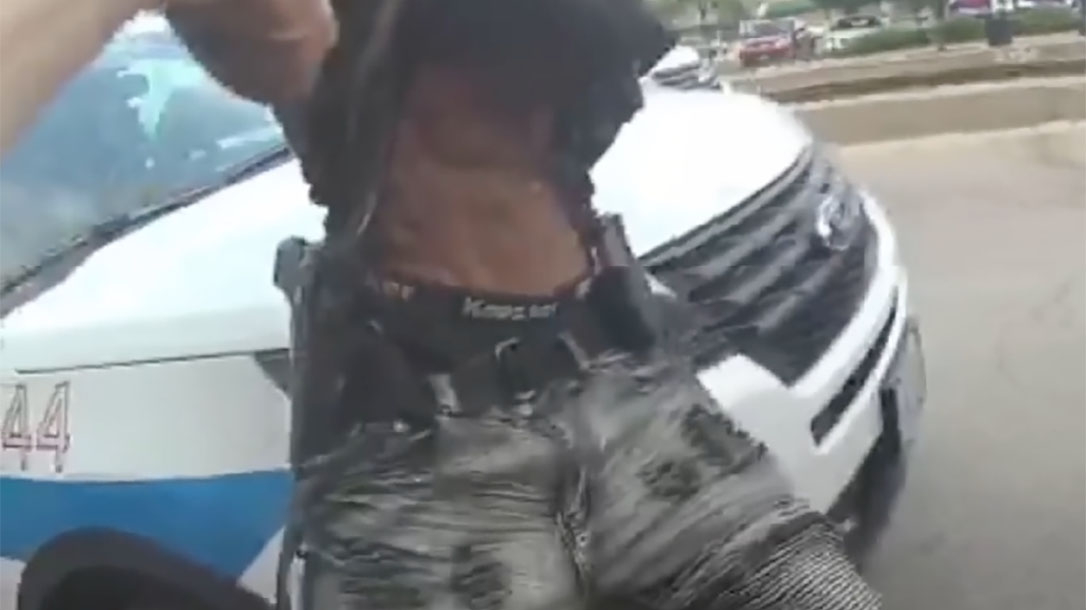 The incident unfolded on May 26 at around 3 a.m. when officers on patrol were notified of shots fired via ShotSpotter technology. After making their way to the 5200-block of West Ohio Street, the officers observed two men sitting on a porch in front of a house. When they walked up to the men and started asking about the possible shooting, one of the men bolted from the scene.

The body camera footage above, which also captures both officers’ point-of-view, shows a foot chase down a side alley.

“Waistband! Waistband!” one officer can be heard yelling after he sees the suspect’s gun.

The suspect then falls to the ground as the officer tells him to put up his hands. The suspect ignores that order, instead getting back up.

“He’s got it in his hand!” the officer yells out, referring to the gun.

That’s when another officer coming from a different direction discharges his duty gun three times. The suspect, later identified as Juan Mendez, drops to the ground.

“Dude, he was pointing it at me,” the officer who pulled the trigger says after being asked if he shot Mendez.

Mendez’s gun is clearly visible on the ground next to him as other officers place him in handcuffs.

“Why would you shoot me, sir?” Mendez asks while laying on the ground.

Police later said Mendez was critically injured, but ultimately survived. He was charged with assaulting an officer.

The officers involved were placed on routine administrative leave for 30 days. Since there’ve been no reports regarding punishment for the officers, it appears as though the ensuing investigation cleared them of any wrongdoing.