A Gilbert, Ariz., woman filed a federal complaint against a police officer who arrested her last year. The claim says the officer used excessive force during the arrest. Recently released body cam footage shows the entire incident go down. 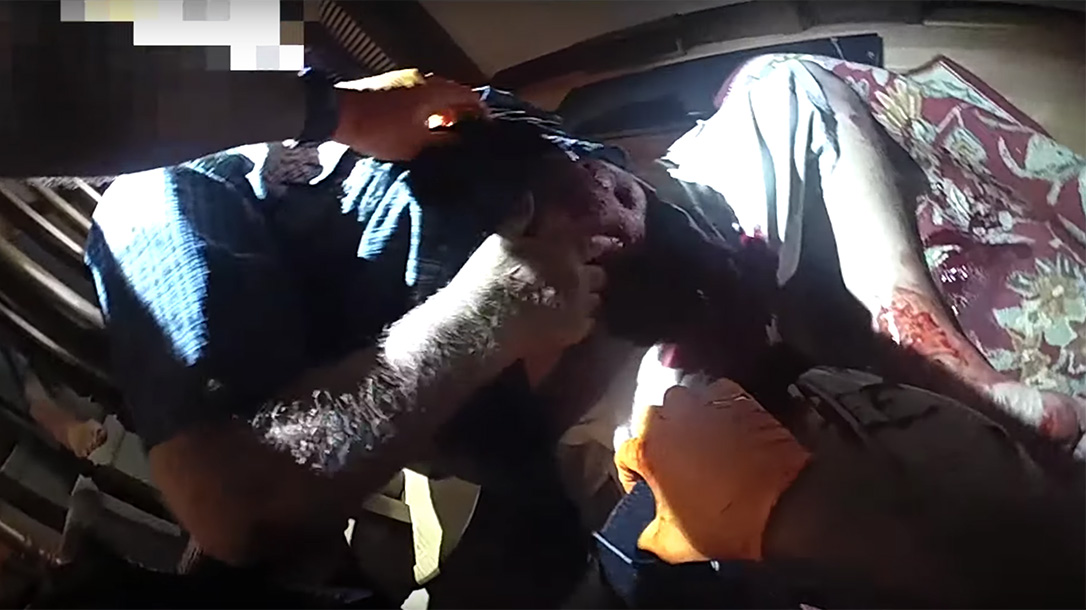 Footage shows an extremely inebriated 36-year-old Samantha Glass struggle with the officer’s questions. She curses repeatedly at the officer, fails to comply with demands and ultimately resists arrest. That’s when Officer Christopher Robinson takes her down, with force. The result is an absolute mess.

Whether Robinson’s use of force is ruled excessive remains to be seen. After all, the suspect was extremely intoxicated, which leads to poor balance and more. Regardless, the officer now faces a complaint of “unnecessary and unreasonable force.” And the video does little for the officer’s case. Footage shows Glass’ head smack on the pavement, a pool of blood forming under her.

“Glass ‘panicked and attempted to free her arm,’ when Robinson tried to handcuff her, the complaint states. ‘The officer, while still holding Plaintiff’s right arm, put his left hand on her back, pushed her down face-first, causing her face to violently slam onto concrete,'” reported phoenixnewtimes.com.

“Police officers are responsible for taking care and not harming people,” Halverson said, reported phoenixnewtimes.com. “If a person is intoxicated, officers clearly know that their balance and their judgment is impaired. And instead of maybe walking behind her and following her down the stairs, he forces her down in that intoxicated state and forces her down on the concrete. That was excessive force.”

Authorities charged Glass with interfering with a police officer and extreme DUI. Courts convicted Glass of both misdemeanors in May 2018. The convicted woman still owes nearly $3,000 to the court, according to phoenixnewtimes.com.