Last year, it emerged that the Danish Armed Forces had begun testing out replacements for its aging 9mm M/49 Neuhausen (Sig P210). The four contenders were the Sig Sauer P320 X-Carry, Beretta APX, Glock 17 Gen5 and the Canik TP9SF. The P320 X-Carry has been chosen as the winner. Check out the video above to see all four contenders being tested. 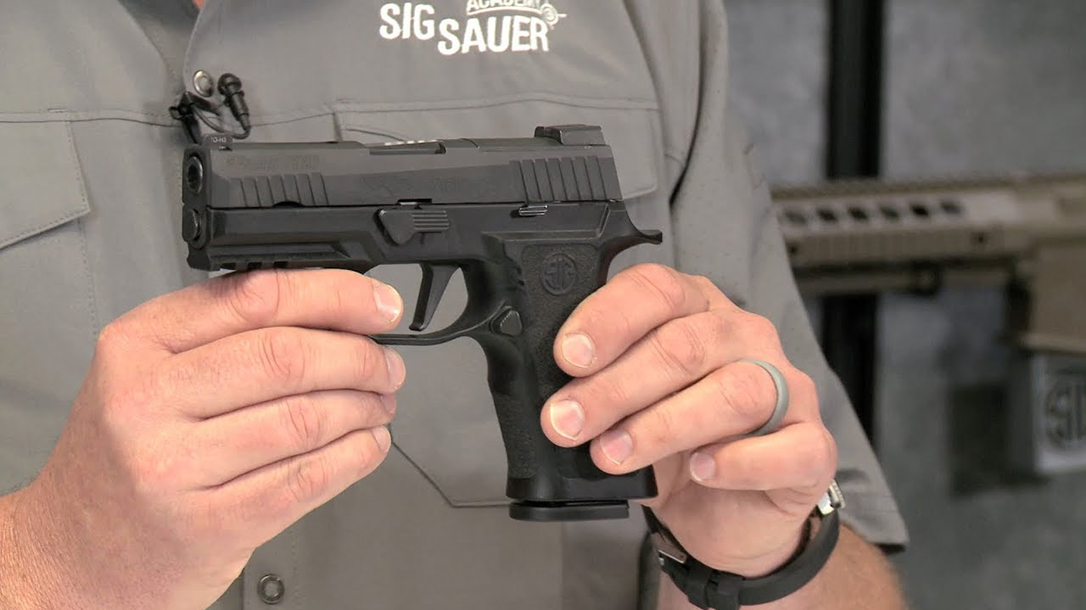 In a statement, the Danish Ministry of Defence said the guns were tested in “all conceivable conditions” by the Special Operations, Military Police, Air Force and Army over a four-week period, with the Sig winning out. The test program was prepared by Hærens Kamp- og Ildstøttecenter (HKIC) in cooperation with the Danish Defence Acquisition and Logistics Organization (DALO). Testing involved malfunction tests, accuracy tests, shooting in the dark and field testing.

In addition, the guns were tested by experts from Direct Shooting Weapons (DSV) at HKIC. Those tests consisted of drop tests, penetration tests and precision tests.

Sig is supplying the P320 to Denmark via Danish distributor CT Solution Aps. The guns will be available in standard and concealed carry versions. The new sidearm is replacing all pistols in the Danish Armed Forces. The MoD specifically hypes the magazine capacity of the P320; it’s capable of accepting 21 rounds, which is significantly more than that of the 8-round M/49 Neuhausen.

MoD says it’s still drawing up the plan for which units will be first to receive the P320. The gun is expected to be delivered to all units by the end of 2019.