Nearly 50 shots, mostly rifle fire, rang out during a tense, fatal shootout between an alleged attempted murder suspect and Daytona Beach Police officers Saturday. During the wild exchange, one officer took a round in his body armor, before officers finally shot and killed the suspect. 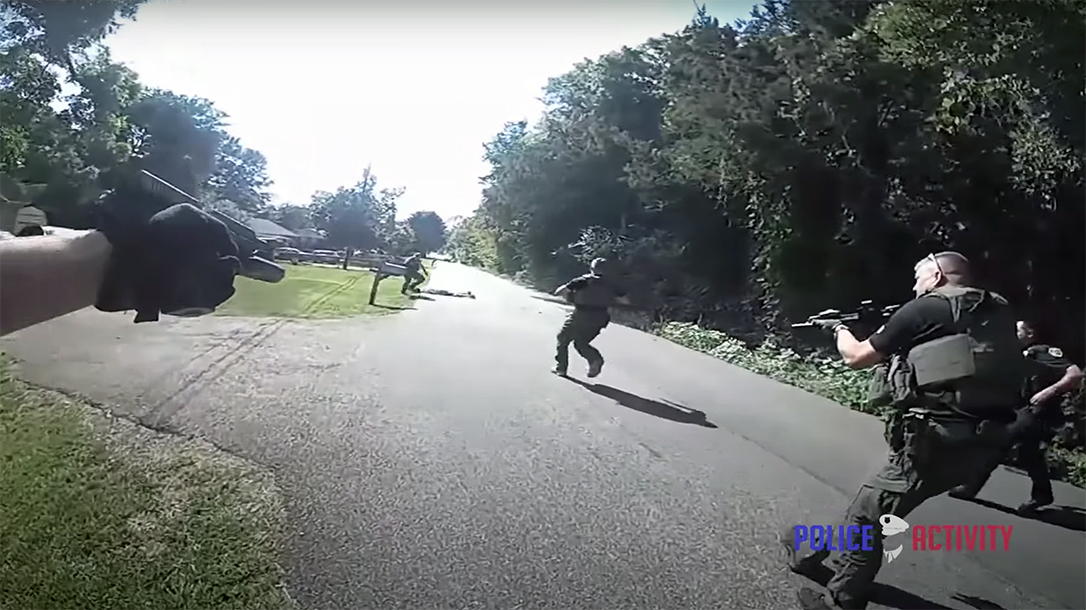 Officer body cam footage shows the deadly encounter, one that raged through a Daytona Beach apartment complex. Footage shows the suspect, identified as 44-year-old Michael Anthony Harris, fire the first shot. That round struck officer No. 1 in his body armor. He seemingly falls, takes cover, and groans several times. “I’m hit,” he says. All the while, the officer continues to lay down suppressive fire with his patrol carbine.

At another point, one officer asks, “You wanna’ drop out of here?” The officer responds, “No. Nah, I’m getting this f*cker.”

“This was a gun battle,” Capri told The Daytona Beach News-Journal. “He tried to murder these police officers. We don’t get paid to get killed.”

The incident began when officers responded to an anonymous tip that residents spotted Harris in the area. Police sought Harris as a suspect for the non-fatal shooting of a woman Aug. 18.

Police say the officer that took a round received treatment and was released from a local hospital. He suffered a large bruise where the bullet struck, reported The Daytona Beach News Journal. A second officer also suffered injury during the incident. That tripped and fell outside, hitting his head, potentially suffering a fractured neck.