Updated: In an email to Tactical-Life, Hornady confirmed the report on the DoD’s decision: “The 300 Precision Rifle Cartridge (PRC), released by Hornady earlier this year, was tested and selected by the Department of Defense for its extended long range sniper program following a rigorous evaluation process that saw the new Hornady 300 PRC outperform the 300 Norma Mag as well as several other cartridges in testing past 2,000 yards.”

It appears the U.S. Department of Defense is adding the all-new Hornady 300 PRC (Precision Rifle Cartridge) to its arsenal. Last week the DoD awarded Barrett a contract to provide an undisclosed number of MRAD rifle systems chambered in 300 PRC. 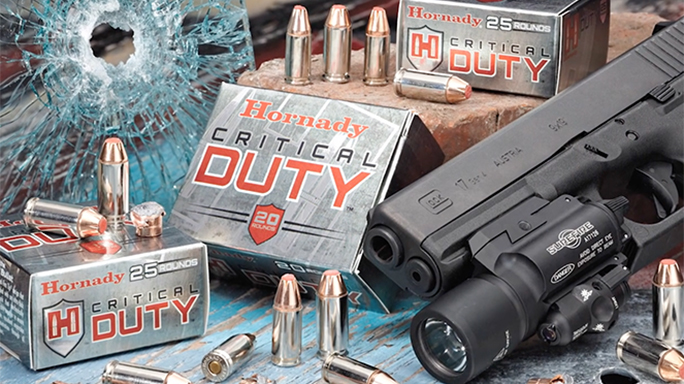 FBI Awards Hornady a Contract for Its Critical Duty Ammunition

We at Tactical-Life heard rumors of multiple U.S. branches exploring the 300 PRC. This, however, is the first official confirmation.

Athlon Outdoors contributor Jay Langston got his hands on the Hornady 300 PRC at the 2018 Athlon Outdoors Rendezvous. To better understand it, we need to look at similar cartridges.

“Like the 300 Norma Mag, the 300 PRC cartridge is a non-belted magnum,” Langston said. “Instead of being based upon one of the century-old British dangerous game cartridges, the 300 PRC is based upon the unique and original .375 Ruger case. One of the advantages of the 300 PRC case is that its base measures .532; this is the same as the .300 Winchester Magnum.

“The 300 Norma Magnum cartridge base diameter is the same as a .338 Lapua Magnum and its parent case, the .416 Rigby,” Langston added. “Perhaps the great minds at SOCOM were wanting bolt face compatibility in their switch-barrel Precision Sniper Rifle (PSR) ensemble when they adopted the 300 Norma Magnum.”

Watch testing of the Hornady 300 PRC on BallisticMag.com.