Most Californians welcomed the USNS Mercy with open arms, and with good reason. The Navy brought its 1,000-bed floating hospital to LA Sunday, delivering vital medical support to a city that now suffers more than 2,500 cases of COVID-19. And with the fear of an explosion in cases as seen in cities like New York, the Mercy brought a little bit of hope to many. But apparently not everyone; an engineer allegedly purposely jumped a train from the tracks in a wild attempt to ram the Mercy on Tuesday. 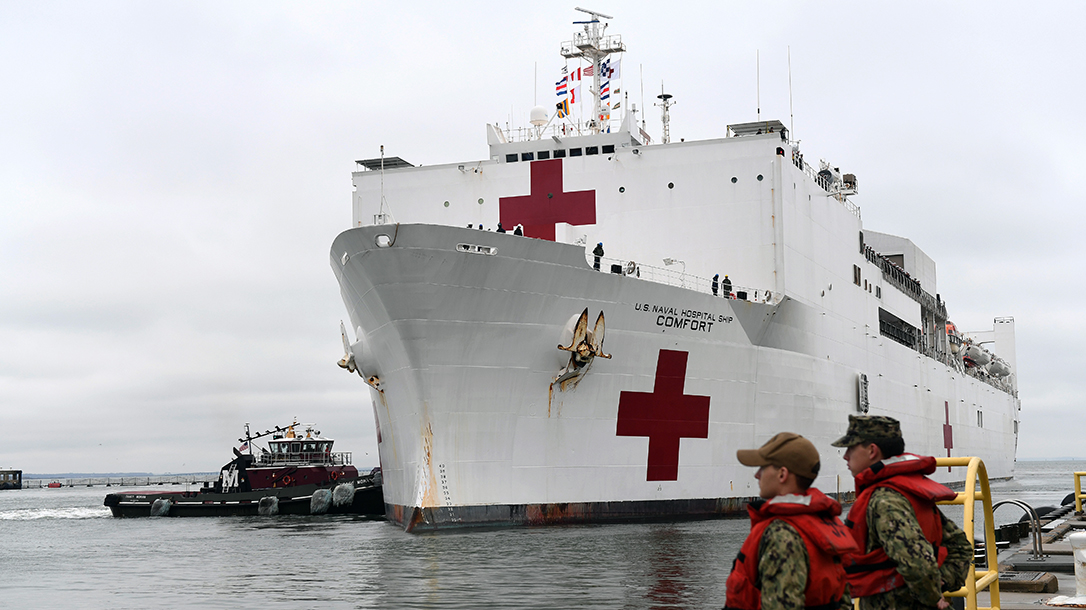 Authorities say Eduardo Moreno, 44, of San Pedro, intentionally derailed a Pacific Harbor Line train. He jumped the train from its tracks, careening through concrete and steel barriers, along with chain-link fencing, sliding through one parking lot and into a second gravel lot, before finally coming to rest just 250 yards shy of his target, according to abc7.com.

Federal prosecutors claimed Moreno said the ship was “suspicious,” and that he didn’t believe “the ship is what they say it’s for,” reported abc7.com. He also allegedly stated “You only get this chance once. The whole world is watching. I had to. People don’t know what’s going on here. Now they will.”

Officials also said video from inside the cab shows Moreno holding a lit flare during the mad crash, reported abc7.com. No persons suffered injuries during the incident. However, the train did leak fuel, which triggered a hazmat response by local officials.

Authorities charged Moreno with one count of train wrecking, according to the U.S. Attorney’s Office. That charge carries a maximum penalty of 20 years in federal prison, according to abc7.com.

The Mercy and Comfort made port in LA and NYC, respectively. The mission is to provide non-COVID-19 medical assistance to the cities, as hospitals are already overwhelmed with cases in New York.

Whether or not officials found a little tin foil hat remains to be seen.