Sig Sauer is equipping the El Monte Police Department in California with a full suite of pistols, rifles, suppressors and optics.

According to SIG’s presser, the acquisition process started within the department’s SWAT division. SWAT Team Leader Sgt. Mark Snook sought new handguns for his unit. In response, he received pistols chambered in both 9mm and .45 ACP from Sig Sauer, HK, Glock and FN. 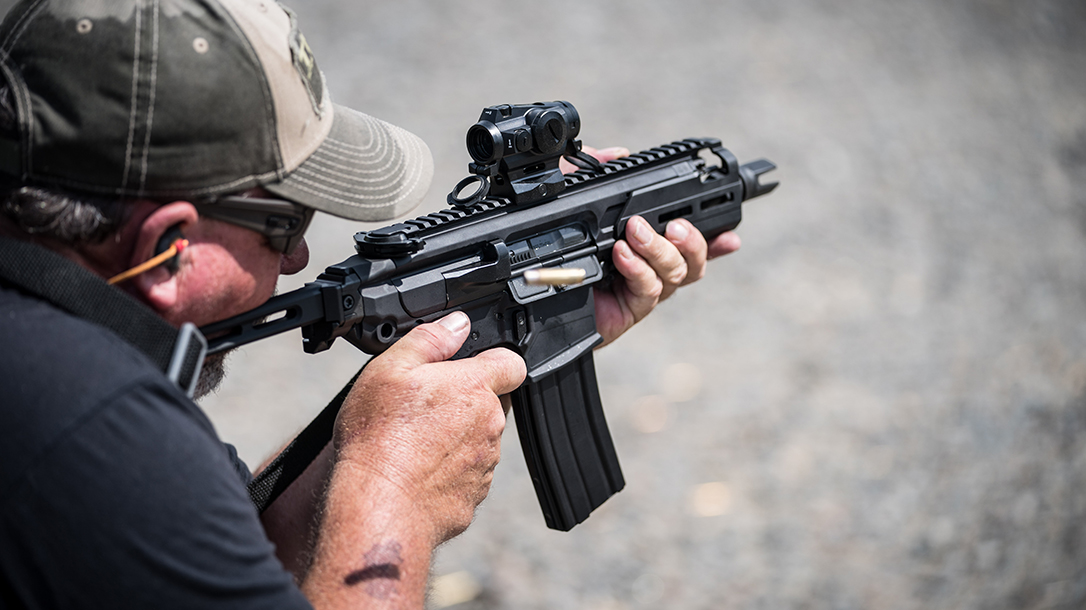 “The overwhelming decision was the SIG 226 and 229 in 9mm and the 220 in 45 auto,” Sgt. Snook said. “I, along with the rest of the SWAT team, pushed for the Legion models as they are the top of the line Sig models, and they already include all of the upgraded features we were looking for.”

In addition to the pistols, Snook and his team sought a 5.56mm NATO rifle and suppressor combo. That’s when SIG submitted its latest MCX rifle paired with a SRD556 suppressor. Impressed, the SWAT team decided to officially adopt that particular SIG rifle and suppressor package for duty use.

The MCX rifles also came with Electro-Optics ROMEO4T red dot sights and JULIET4 magnifiers. The department wasn’t in the market for new optics, but the officers involved in the acquisition process felt SIG’s Electro-Optics products were better than the legacy red dots they were using. Therefore, the optics are being added to the acquisition.

Taking note of the SWAT acquisition, El Monte Police Chief David Reynoso decided that these SIG firearms were the best choice for his officers. The acquisition has thus been expanded; the entire department will be getting the handguns.

“We have a long history of providing the best quality firearms for law enforcement use, it’s exciting to be able to create a solution tailored to meet the mission of any department,” Tom Jankiewicz, Sig Sauer’s EVP of law enforcement sales, said in the press release. “We are humbled that officers trust their lives to our products.”