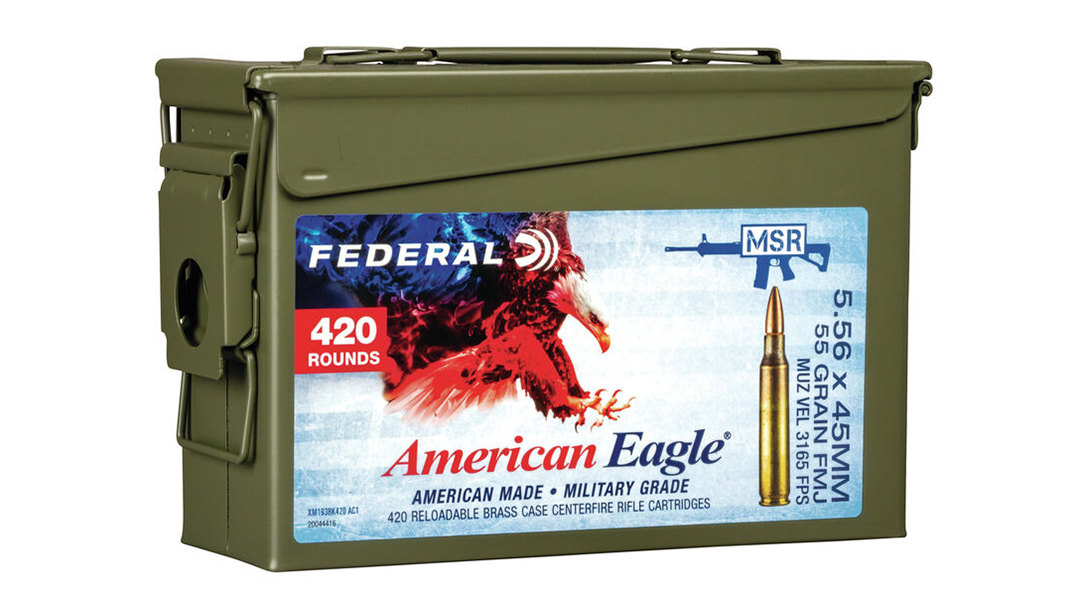 “One of the differentiators of AA40 is the use of Federal’s exclusive Catalyst primer. It’s a lead-free technology that provides the most reliable, consistent ignition possible,” said VP of Law Enforcement, Government and International Sales David Leis. “Unlike many other lead-free primer formulations, Catalyst primers have unique properties that allow them to be effectively and safely used in service ammunition. Catalyst primers have been used in hundreds of millions of rounds of ammunition delivered to military, law enforcement and commercial customers to-date.”

“We have a long history of providing high quality specialty ammunition to multiple branches of the U.S. military. Their continued trust is of the utmost importance to us, and is something we are certainly most proud of,” said Federal Ammunition President Jason Vanderbrink. “With this, Federal Ammunition continues to demonstrate surety of supply, professional capability, the ability to meet all specifications, and reliable delivery on production expectations of our military contracts.”

Meanwhile, in September 2019, we reported on Federal’s previous $13 million contract for AA40. Therefore, the U.S. Army must be going through a whole bunch of training rounds.