Criminals, like all things in life, come in all shapes and sizes. And within that myriad of possibilities lies all things, from the brilliant mastermind of crime to the lowest common thug. But sometimes we’re treated to special brand of incompetence. That’s what a couple of officers at Dunkin Donuts/Baskin Robins saw firsthand recently when a felon with a long rap sheet fell right into their lap. 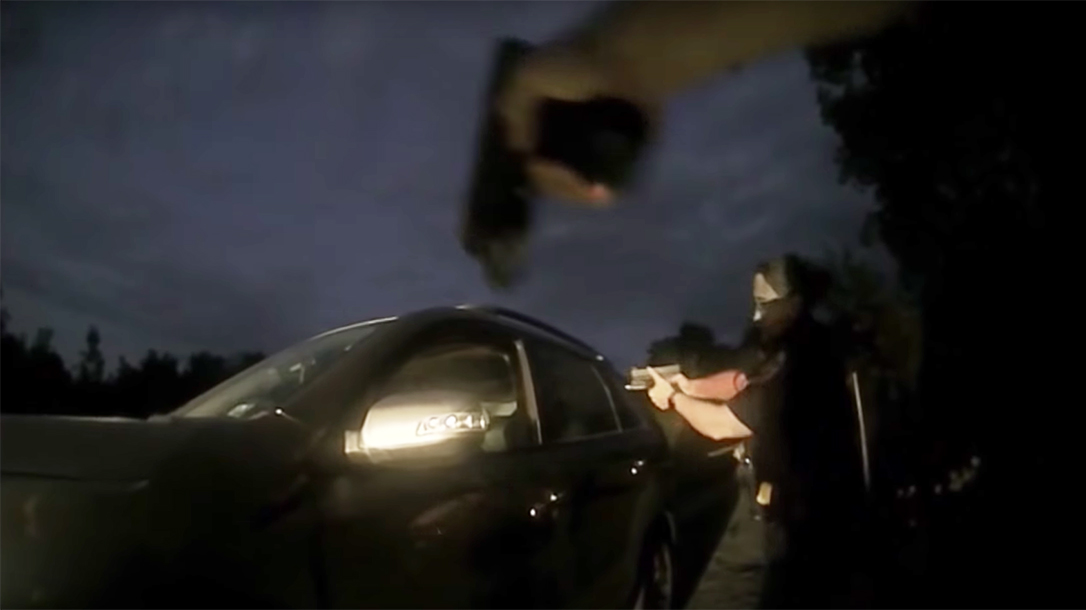 Security footage shows a suspect stumble into the shop, seemingly talking into his cell phone. But after entering the eatery, the clumsy suspect drops a loaded handgun out of his pants. And it happened right in front of two NYPD Transit officers.

“The bumbling perp, identified by sources as 34-year-old Emmanuel Lovett, seems to be adjusting his pants as he strolls into the donut shop on Saturday at around 11:30 p.m. — and doesn’t appear to notice the loaded weapon falling to the ground,” reported nypost.com.

Footage shows a pair of NYPD Transit officers immediately swoop in to apprehend the suspect without further incident. We’re guessing it’s the easiest collar these two officers ever nabbed.

“3 of our cops are in the local Dunkin/Baskin Robbins. A fella walks in, adjusts his pants & out drops a loaded gun on the floor. Now the repeat felon carrying is in custody, all because a Transit cope had a craving for cake batter ice cream (seriously, this actually happened,” tweeted NYPD Transit.