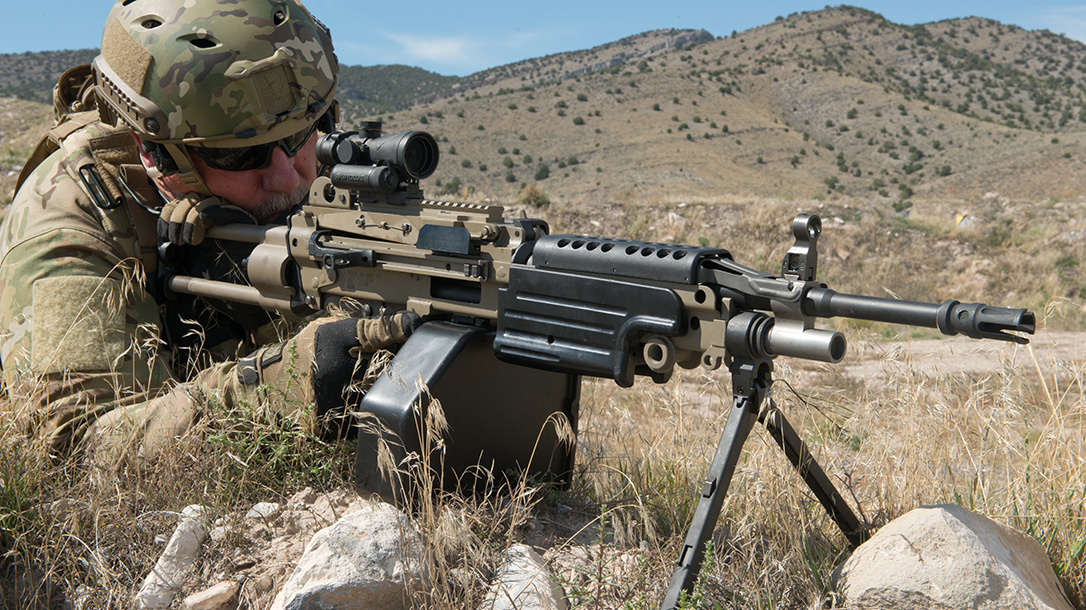 As the name would suggest, ULCANS takes camouflage to the next level. Fibrotex’s submission, which won an almost two-year testing period, is a multispectral camouflage system that masks from electromagnetic threats.

The contract is a 10-year, indefinite delivery and indefinite quantity award worth $480 million.

What’s To Come From Fibrotex?

The company said full-rate production is expected to begin in early 2019.

“The program aims to replace the legacy woodland and desert camouflage variants developed in the 1990s, and will be developed in light and dark woodland, snow and alpine, desert, and urban variants,” according to the Army Times.

The company said its 2D ULCANS technology “provides more persistent IR, thermal and counter-radar performance and offers a greater range of capabilities than known before.”

The company said the materials it delivers will have reversible designs; this allows a different pattern and capability on each ­­side.

The reversible design has serious benefits. Soldiers, vehicles and systems will be able “to disappear into light/dark woodland, snow/alpine and desert/urban environments, blending into the terrain in all weather conditions, anywhere on the globe,” the company said.

“Today more than ever military forces and opposition groups are using night vision sensors and thermal devices against our troops,” Fibrotex CEO Eyal Malleron said, “But by using [our] camouflage, concealment and deception solutions, we make them undetectable again; allowing them to continue keeping us safe and save lives.”

“We have more than 50 years of experience, with thousands of hours in the field and a deep understanding of conventional and asymmetric warfare,” Malleron added. “The U.S. Army tested our best camouflage solutions and the camouflage repeatedly demonstrated the ability to defeat all sensors known to be operating in the battlefield and throughout the electromagnetic spectrum.”