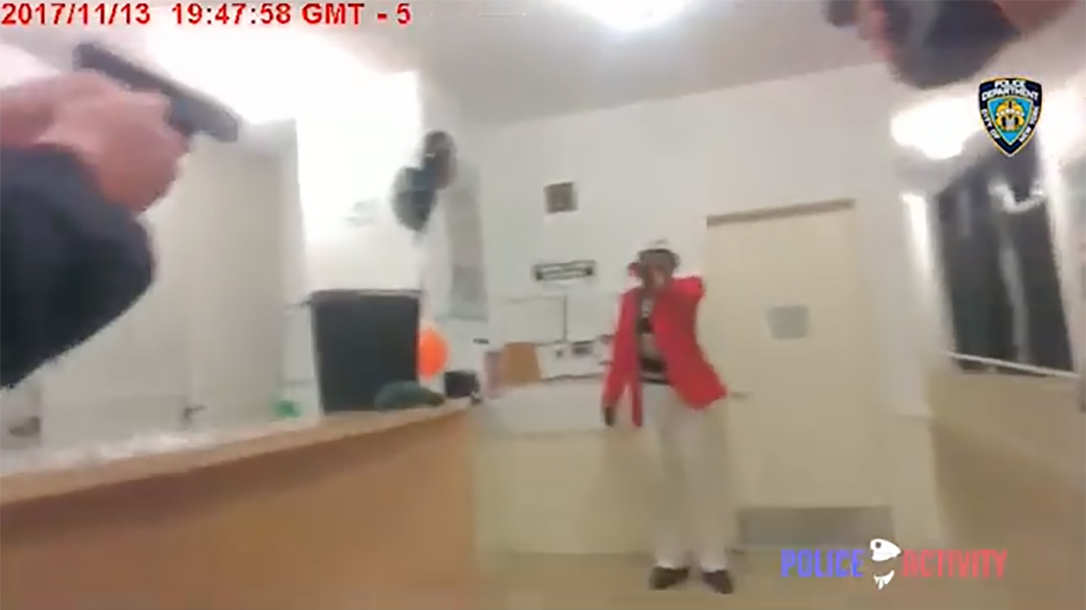 A report issued by the Office of the State Attorney, First Judicial Circuit says it all began on Oct. 27, 2017 when 26 year-old Demetric Denario Carter entered Warrington Bank in Pensacola, walked up to a teller and asked her to call the police. When she asked why, he said, “I just need you to call the police. I don’t want to take it out on y’all.” Another employee said she heard Carter say, “…Call the cops and tell them to meet me on the back road.”

The teller called 911 and reported what had just occurred, providing a description of Carter in the process. Escambia County Sheriff’s Office Deputy Pat Roberts arrived on the scene and located Carter nearby.

The video starts with Roberts instructing Carter to get down on his knees. Carter refuses, and Roberts radios to backup that Carter has a gun in his back pocket. Two additional deputies, Crista Pope and Ronald Busbee, can then be seen arriving on the scene. Assistant State Attorney John Molchan explained what happened next.

“Deputy Roberts pulled out his taser, said just get on your knees, you know, words to that effect,” Molchan said, according to FOX affiliate WALA. “Mr. Carter refused and he went to tase him and almost simultaneously between the taser and Mr. Carter pulling his gun from his backside, shots were…started being exchanged at that point and the gunfire ensued.” 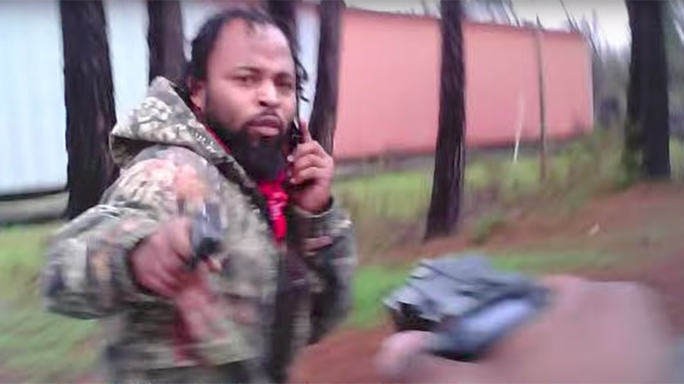 Deputy Roberts and Deputy Pope each discharged their weapons during the shootout. Deputy Busbee didn’t fire his handgun because Carter’s initial shot was fired in his direction and he was trying to get out of the line of fire, the State Attorney’s report stated.

Carter was shot multiple times during the gunfight and continued to fire his handgun while on the ground. Fortunately, none of the Florida police deputies were hit. The suspect was taken to an area hospital for non-life-threatening injuries, WALA reported.

Police recovered a Springfield Armory XD 40 near where Carter was placed into custody, in addition to seven brass-colored casings. Ten silver-colored casings were found near where Roberts and Pope were located, the State Attorney’s report says.

Carter now faces three charges of attempted murder, in addition to a possession of a firearm by a convicted felon. The Pensacola News Journal says Carter has a rap sheet that includes prior felony convictions for fleeing and eluding law enforcement, battery, and aggravated assault with a weapon.