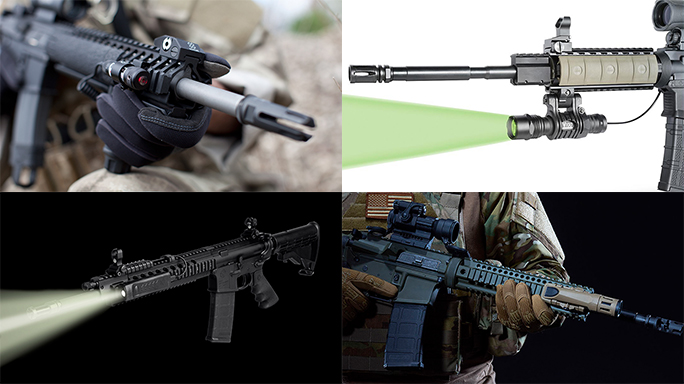 In the press release announcing the deal, B.E. Meyers said the GIGN tested out and used various systems in real-world scenarios, with the MAWL-DA eventually being selected for procurement and deployment within the unit. It’s also been adopted for use by other French and various SOF units in Europe.

Last year, it was announced that the GIGN had selected the CZ BREN 2 in 7.62x39mm as its new standard issue weapon. As of an April 2017 article on GunsAmerica, only 68 BREN 2s have been ordered, but the long-term plan is for the gun to completely replace the unit’s legacy HK 416 carbines.

Formed in 1974 in the aftermath of the Munich massacre during the 1972 Summer Olympics, the GIGN is the French National Gendarmerie’s elite police tactical unit whose missions include counterterrorism, hostage rescue, national threat surveillance, protecting government officials and going after organized crime.

The MAWL-DA (Modular Advanced Weapon Laser – Direct Action) is described in the presser as a high-power infrared and visible green aiming and illumination laser for carbines. The unit incorporates VCSEL (Vertical cavity surface-emitting laser) tech which eliminates the issue of inconsistent and “granular, speckled illumination,” B.E. Meyers says. The beam quality is accompanied by several modes of divergence and power, allowing it to operate in close range, mid range and long range operational environments.

The ambidextrous and modular MAWL-DA—which mounts offset from the rail to minimize impact on hand position and optic field-of-view according to the product description—offers “improved ergonomics, interface, and performance” and has been made “from the ground up around the needs of the modern night fighter,” B.E. Meyers says.