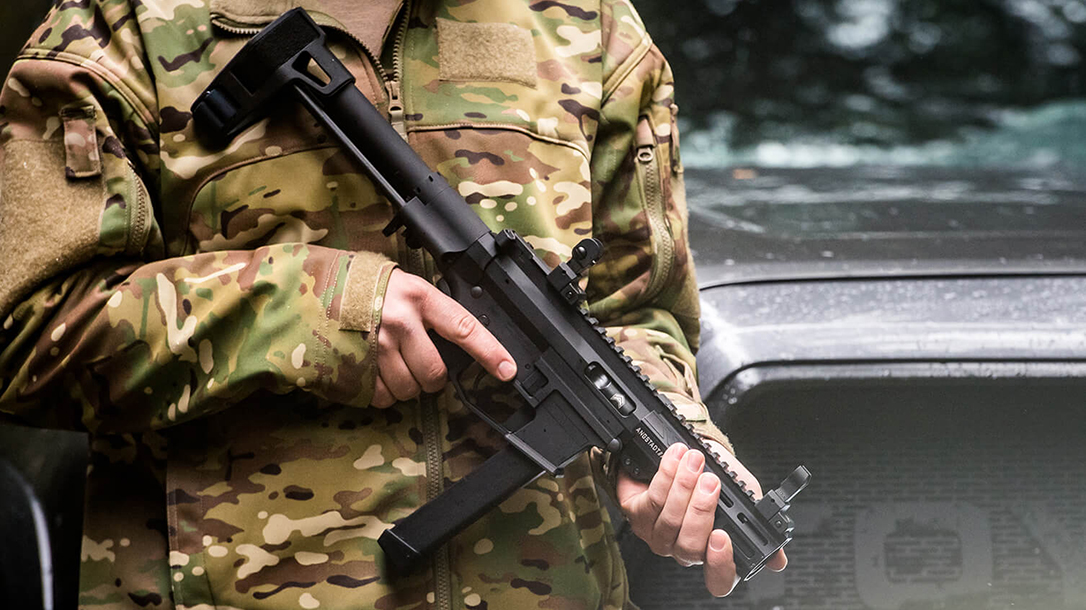 The US Army Doesn’t Want a Sub Compact Weapon Anymore

A notice posted to Tenders Electronic Daily (TED) announces Heckler & Koch as the winner of the €3,215,460 ($3,753,592) contract. HK’s French subsidiary, Heckler and Koch France SAS, will handle the procurement. The UMP isn’t specifically mentioned, but as The Firearm Blog notes, the gun meets the desired specs. In addition, the French police have demonstrated an interest in the gun; it’s been issued to select units for a decade now.

Via Google Translate, here’s the synopsis for the purpose of the contract:

The present consultation concerns the acquisition of 9 x 19 mm machine guns and their peripheral equipment for the benefit of the Gendarmerie Nationale and the National Police. These weapons will allow the operational services to have a collective weapon to ensure a specific response capability, day and night, at engagement distances greater than that of the handgun.

This project aims to renew the shoulder armament of the internal security forces. These weapons will have to use all the ammunition of 9 x 19 mm in current service within the MI. They will be accompanied by accessories promoting ergonomics, grip, sighting and shooting.

The deal calls for HK to supply 2,000 “operational service” subguns; 600 training guns; and 100 suppressors, in addition to a host of associated gear and equipment. Here’s the Google Translate version of what’s included:

Meanwhile, in a separate contract, the French National Police have also placed an order for 392 Glock 17 training guns. The award notice says the agency will use the G17 in “future operational missions.”