by Tactical-Life.com
in Lifestyle, News
0 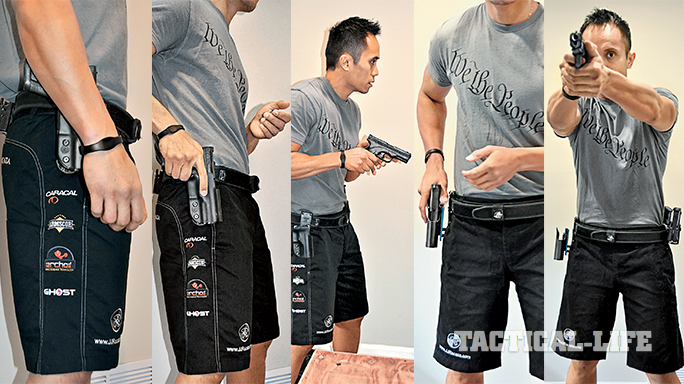 “Gabby’s rich and diverse firearms background and 2A advocacy is an excellent fit for Primaryarms.com,” says Ken Ross, Primary Arms’ Outbound Marketing Director. “Gabby is already aligned with several of our existing partners on primaryarms.com, and we are excited to have her join the Primary Arms family.”

Who is Gabby Franco?

Gabby Franco started competition shooting as the first competitive shooter to represent Venezuela in the Olympics. At the 2000 Summer Olympics in Australia, Gabby competed in two tough precision pistol events. She fired both 10m Air Pistol and Women’s 25 Meter Pistol. After relocating to the United States, Gabby gained national notoriety by appearing on the fourth season of the hit reality show Top Shot. She then again appeared on the fifth and final season, called Top Shot All-Stars.

In the years following Top Shot, Gabby Franco went on to become a sponsored shooter. She competes in USPSA, 3-Gun, and other action shooting sports. Now she brings this high level of competition experience to Primary Arms, where she’ll use products from Primary Arms Optics as well as from their online retail site. This gives Gabby access to an incredibly wide array of products that she can use to compete with. That’s basically every competition shooter’s dream.

In the 2021 shooting season, representing Team Walther, Gabby Franco brought home a Top 10 Ladies finish at the USPSA Carry Optics Nationals. She also finished 2nd Lady the Area 4 Championship in 2021. Primary Arms will be lucky to have a shooter with her skills and talent on board! Regarding the announcement, Gabby had this to say: “It is an honor to partner with Primary Arms. With their amazing support, I will continue promoting shooting sports, gun safety, and the importance of the Second Amendment.”