Remember in early October when we reported on a Grand Rapids Police Officer who used his cruiser to run down a murder suspect? At the time, the only footage available came from a bystander’s cell phone (see at the bottom of this post). 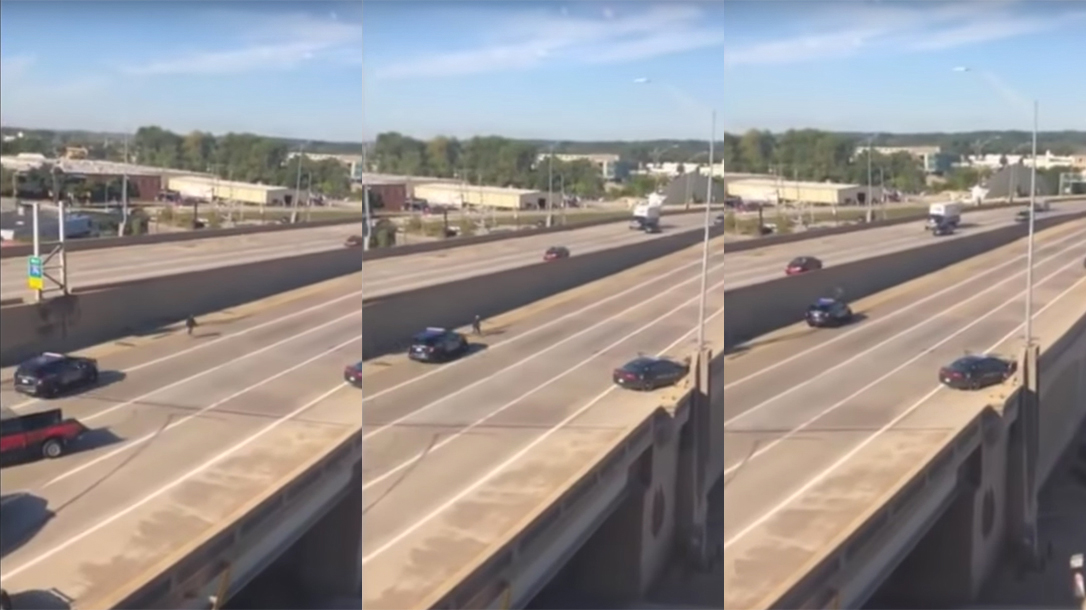 Now we have actual footage from the officer’s cruiser cam. Watch the video above.

Why Did the Grand Rapids Police Officer Ram the Suspect?

The suspect, 33-year-old Adam Nolin, allegedly killed his girlfriend earlier in the day. Michigan Live reported Nolin “killed his girlfriend, Tia Randall, 27, at their Wyoming home before he led police on a high-speed chase and shootout that ended on the expressway, police say.”

That’s when the officer took charge with his cruiser and rammed Nolin.

According to Michigan Live, that Nolin faces multiple charges, including open murder and attempted murder.