Peaceful protest comprise a critical component of this American institution. Even when those protests voice opinion contrary to yours, they remain a protected right. We can assemble and we can speak. Such remains our birthright as Americans. But what took place in Chicago’s Grant Park July 17 proved to be nothing more than a coordinated attack against Chicago Police Officers. 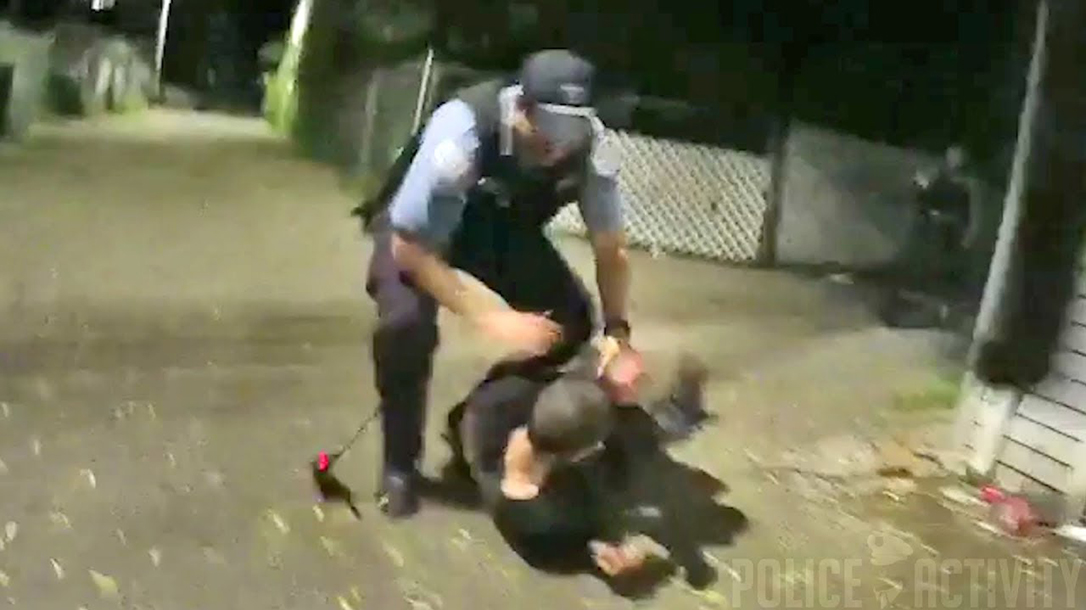 Dramatic footage shows dozens of conspirators change into black clothing. They use black umbrellas to mask both identity and actions. They then coordinate, move and communicate. Using military-like tactics, they create a formation. Individuals in the group pass out weapons. And then they hammer the unsuspecting Chicago police.

Members of the crowd hurl objects. They also used filed down PVC pipes as spears. Incendiary devices explode in officers’ faces. The footage plays out like a war zone, a beleaguered unit under full-scale attack.

The situation took Chicago officers by surprise, to say the least. Prior to the attacks in Grant Park, officers watched over multiple organized protests. However, those gatherings remained much more civil, according to Chicago police.

“I want to point out that we’ve had multiple protests at the statue prior to this event that were all peaceful, and we respected everyone’s First Amendment right to protest peacefully, but this was not — what you’re seeing here is obviously an ambush on police officers,” said Cmdr. Daniel O’Shea, reported Chicago Tribune. “They had multiple, multiple restocking of items to throw at the police — weapons, basically.”

Meanwhile, while officers faced an onslaught of projectiles and fireworks, violence continued elsewhere in Chicago’s deadly streets. With officers preoccupied fighting the mob, some 71 shootings took place over the weekend. Twelve of those shootings proved fatal, according to Chicago Tribune.

What began as productive turned cancerous. Black Lives Matter rallies and protests immediately following the death of George Floyd proved effective. They rallied people. They addressed community concerns. Arguably, they helped some begin to heal from a senseless murder.

But since then, an insurgency leeched its way into the movement. With clear ANTIFA participation in some locales, or likely influence in others, social disorder rules the day. From Portland to Chicago to New York, mob rule not only changed the social discussion, it undermines the American way of life.

“These peaceful protests have been hijacked and that’s one of the things I think people need to consider,” Brown said, reported Chicago Tribune.

Part of America seems already to be at war. And peace officers sit squarely in the crosshairs.