The following is an op-ed from Donald Mihalek, the Executive VP of the Federal Law Enforcement Officers Association Foundation. We first reported on the Greenville shooting back on Aug. 2 when body cam footage became available. Watch the entire incident play out above. Warning: The video contains graphic content; viewer discretion advised. 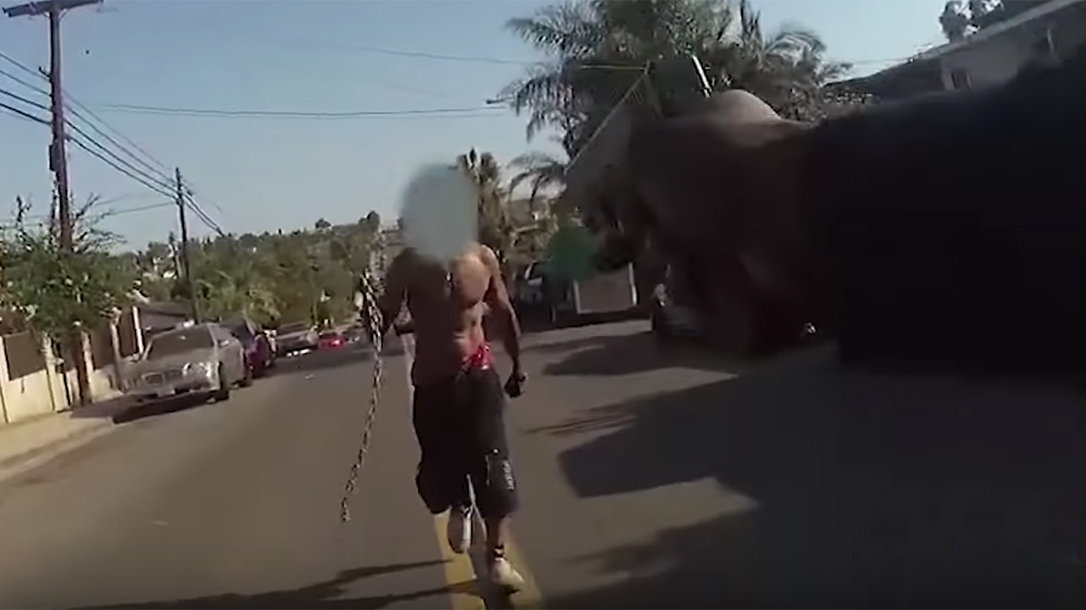 An LEO Examines the Shooting of Vaughn Denham, Who Ignored 30 Commands

Every law enforcement-involved use of force incident is a dynamic situation where seconds matter and observations are key. In the landmark 1989 unanimous U.S. Supreme Court case Graham v. Connor, the Supreme Court laid out the overarching criteria for a law enforcement officers regarding use of force. In sum, the court found that in any situation, use of force must be based on a totality of circumstances; this means that all the indicators leading up to and including what the officer knew, saw and was trained to do are taken into account.

Additionally, the court ruled that those actions are to be viewed from the officer’s perspective without 20/20 hindsight. This leads us to the recent Greenville shooting.

By releasing the body camera video, the Greenville Sheriff’s Department wanted to show the responding deputy’s perspective. Effectively, the department walks the viewer from the call for service through the final moments of the incident. It does an excellent job of placing the viewer in the officer’s position. The video shows what they officer knew, heard and saw prior to the shooting.

During the video we hear the 9-1-1 call for service from an alarm company. It calls for an active intruder alarm at a residence. That 9-1-1 call was relayed to the responding officer via dispatch. Of course, this call comes in during a midnight shift when lighting is low and an officer’s alert status is usually higher due to the propensity for the calls for service to involve some type of criminal activity. In this case, an intruder alarm with no contact of a homeowner automatically tells the officer that something isn’t right at the incident location.

As the deputy arrives on scene, he attempts to make contact with the homeowner and is unsuccessful. The residence has lights on, but no one answers the door. The deputy then leaves the front porch in an attempt to check the home’s surroundings. As he does, he sees someone appear in the sidelight of the front door. The deputy then approaches the front door and, using standard law enforcement tactics, attempts to illuminate the individual on the other side of the door.

Initially, that individual walks away from the front door. However, as the deputy approaches the porch again and keeps illuminating the sidelight and individual, the individual turns toward the deputy and points a firearm in the deputy’s direction. All law enforcement officer training teaches officers that if a gun is pointed at you, it is a deadly threat. Studies by the Force Science Institute show that a firearm in a suspect’s waistband can be drawn and fired in 0.6 seconds. A gun already presented only takes fractions of a second to fire. The same studies show that an officer, even with their gun drawn, can take a second or more to aim and fire an accurate shot. Those studies document that when a suspect points a gun at an officer, the officer literally have milliseconds to respond before being shot.

Based on the totality of circumstances and with the firearm pointed in his direction, the deputy perceived a deadly threat and fired at that threat. The body camera footage clearly shows the deputy, according to greenvilleonline.com, firing at least two rounds through the side window adjacent to a closed front door.

Tragically in the aftermath, the deputy established that the individual was indeed the homeowner. Also, the homeowner did in fact point a loaded weapon at the deputy. The body cam footage shows the homeowner’s weapon lying next to him on the floor. The homeowner likely did this in an attempt to protect his home, not knowing the deputy was outside; this points to a fundamental safety issue for gun owners.

Most gun owners often lack the training or experience to have tactical situational awareness or the ability to understand that communication is always key in tactical situations. Most also don’t realize that for a law enforcement officer, a gun in the hands of anyone that isn’t wearing a uniform is a potential threat. Even in law enforcement, one of the basic tenants of undercover work is that the uniform is in charge. Otherwise, for undercover officers, the very real possibility of a “blue on blue” shooting is always present. So, if confronted by a uniformed officer, most undercover officers are told to obey the officer’s commands. They should talk to the uniformed officer and have a form of identification readily available.

Gun owners, however, usually don’t get that level of training. They often use guns without the requisite realization that, to an LEO, they are a threat until determined otherwise. In this situation, it seems the homeowner suffered from that training and communication gap.

As tragic as the Greenville shooting is, the deputy’s use of force via Graham v. Connor appears justified. While the full investigation is ongoing, greenvilleonline.com reported that the Greenville Sheriff’s Office placed the deputy on administrative leave pending the investigation’s outcome.