The United States has delivered 2,500 Harris AN/PVS-14 night vision monoculars worth $5.8 million to the Armed Forces of the Ukraine. A total of 10 battalions will use the devices. 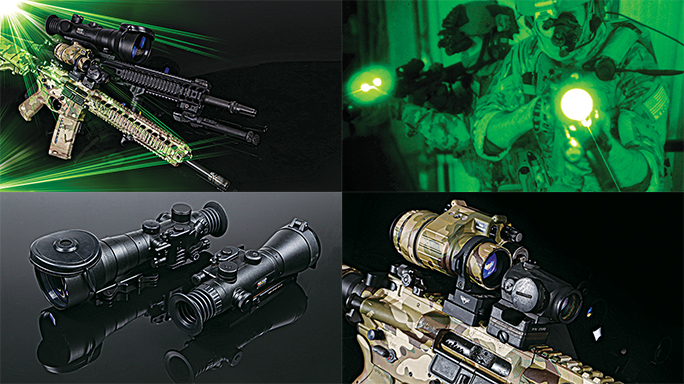 Viktor Muzhenko, the Chief of General Staff and Commander-in-Chief of the Armed Forces of the Ukraine, attended a ceremony finalizing the transfer of the monoculars. In addition, Marie Yovanovitch, the U.S. ambassador to the Ukraine, was also in attendance.

“Today another 2500 Night Vision Devices were transferred to our partners in the Ukrainian Armed Forces,” Yovanovitch said. “These devices will help Ukrainian soldiers remain vigilant and provide security to the Ukrainian people. This assistance helps Ukraine move toward our shared goal: building a robust, capable, and NATO-interoperable Armed Forces of Ukraine.”

The United States has provided around $850 million in security assistance to the Ukraine since 2014.

“The United States is our strategic partner. The US assistance includes counter-battery assets, UAVs, armoured and medical vehicles, as well as advisory support in development and reforms of the Ukrainian army, training and drills,” the Ukrainian Ministry of Defence website quoted Gen. Muzhenko as saying.

The Harris AN/PVS-14 monocular night vision device is designed for use by the individual soldier in a variety of ground-based night operations. It features the superior performance of the Gen 3 F9815 image intensifier tube with a variable gain control to achieve an optimum balance in the images seen by both eyes. The dark-adapted unaided eye provides situational awareness and vision of close-range objects, while the night vision aided eye provides long-range vision of potential threats and targets. This visual flexibility enables the soldier to move quietly and effectively under all night conditions.

For weapon firing, the AN/PVS-14 can be mounted on a MIL-STD-1913 weapon rail behind a standard collimated dot sight. When fitted with the 3X magnifier, the unit fits similarly behind the collimated dot sight. This configuration provides the soldier with a 3X night scope, significantly increasing the range of the AN/PVS-14 for weapon firing. Alternatively, the AN/PVS-14 can be used with the same sight but remain head or helmet mounted for increased situational awareness and mobility. MIL-STD-1913 weapon rails allow use of the AN/PVS-14 with most types of assault rifles.

Furthermore, its key benefits include the following