In July, we reported on a strange law enforcement encounter. An IRS Security Guard pulled his gun on a Lucas County Sheriff’s Deputy in Ohio, sparking debate on who was in the right. 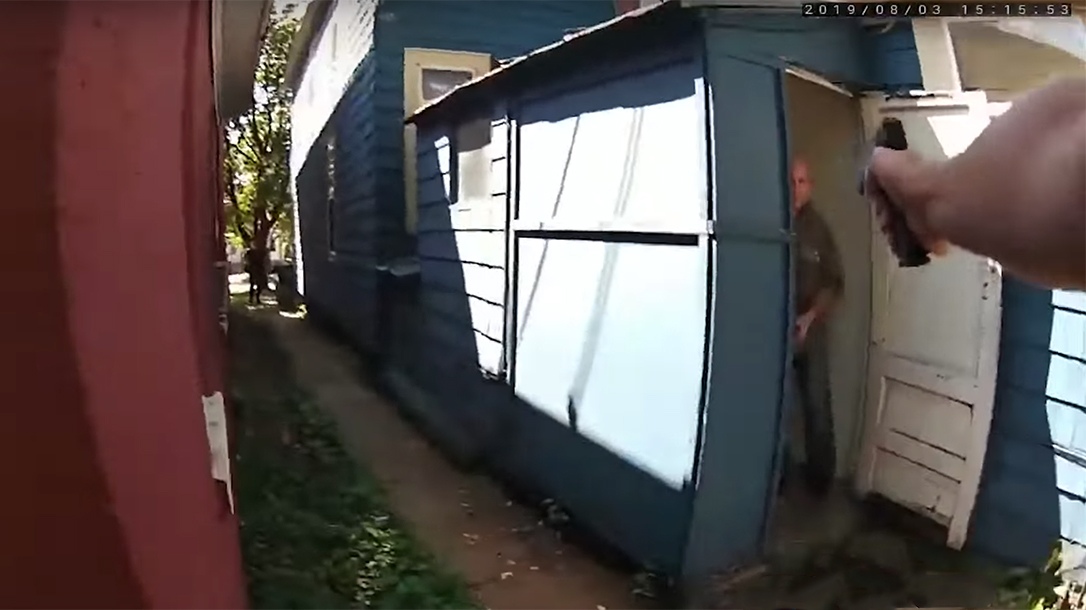 It all started when a Lucas County Sheriff’s Deputy, Alan Gaston, walked into an IRS office in uniform. A security guard, 33-year-old Seth Eklund, stopped the officer, asking him to leave the premises because he was armed. The deputy declined, prompting Eklund to pull his gun on the deputy.

Now additional officer body cam footage has been released, and it’s still just as murky as to whether Eklund or Gaston was in the wrong. Footage the conversations among several officers that responded to the scene. The video makes it clear no one really knew exactly where uniformed officer had the right to go, or whether the security guard should respond in such a manner.

One person asks what the law says regarding a person bringing a firearm into a government building. He also notes the deputy came on personal business.

“At what point do you think it’s good to pull a gun and point a gun at a law enforcement officer?” another Toledo officer asks. “I’ll be honest, this is the first time I’ve ever dealt with this. I’ve been on for 13 years, and I’ve never had a security guard pull a gun on another officer.”

“The U.S. General Services Administration, which sets the rules and regulations governing conduct on federal property, says: “Federal law prohibits the possession of firearms or other dangerous weapons in Federal facilities and Federal court facilities by all persons not specifically authorized by Title 18, United States Code, Section 930. Violators will be subject to fine and/or imprisonment for periods up to five (5) years,” reported toledoblade.com.

Regardless, we don’t think its a good idea to pull a gun on a uniformed officer. Aside from the officer clearly presenting himself as a danger, professional security must find a better way to resolve such situations.

Gaston is suing for severe “emotional and psychological distress,” according to multiple reports. Meanwhile, toledoblade.com reports Eklund was fired and faces two counts of aggravated menacing.