Mayor Svante Myrick (right) seen with the police he wants to eliminate.

The mayor of Ithaca, N.Y., revealed big ideas about police reform recently. And his officers don’t seem to be in favor at all. Mayor Svante Myrick wants to replace the local police force with an all-new civilian-led agency. 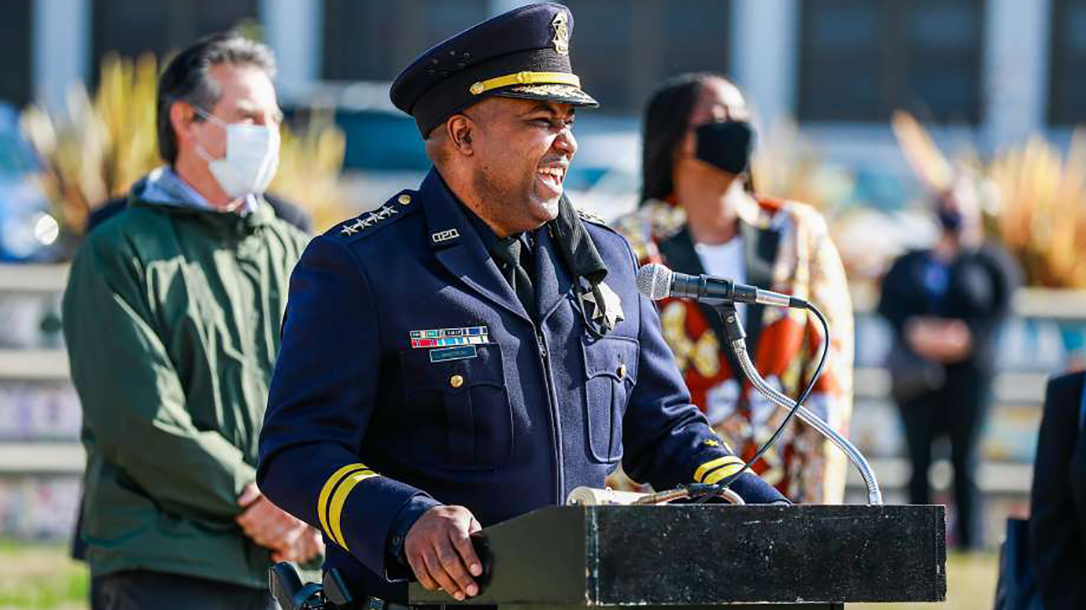 But first, the 33-year-old mayor looked for data. And according to the Center for Police Equity, he analyzed data and found the police force stretched entirely too thin, reported NPR.

“The police officers themselves are saying, look, we’re too stretched,” Myrick said. “You’re asking us to do too much. You need more tools in the toolkit ’cause you can’t just call us for every problem and then get mad when every problem isn’t solved the way you want it to be.”

But instead of deploying more manpower or creating more funds for better gear and training, the mayor wants to can his police force. So instead of relying on officers that have spent their entire adult lives policing, he wants to create something new, led by civilians. But hidden within the message of de-escalation and outreach comes that familiar refrain of anti-gun rhetoric.

“But the presences of guns, the presence of a militarized force triggers people who are carrying past traumas,” Myrick said.

“We cannot call this anything other than an attempt to destroy a highly-functioning law enforcement agency and a way for the City of Ithaca to circumvent the labor agreement with the PBA. This is a case of union-busting, plain and simple,” Ithaca PBA President Thomas Condzella, told The Ithaca Voice. “We also hope that the Common Council will not endorse such poor treatment of any of the city’s public servants. We are open to discussion, but we vehemently oppose this plan as proposed by the city administration, under the direction of Mayor Svante Myrick. (…) This proposal must be voted down by the Ithaca Common Council.”

The mayor’s desire, at best, will undoubtably prove ineffective in controlling crime. At worst, the plan comprises a fatally unsafe program. It takes trained officers off the street, because they seem mean and scary; and it replaces them with untrained imposters that will likely get themselves or others killed. This plan comprises “Defund the Police” in its most ridiculous form.