Phoenix Police shot an armed woman twice recently during an incident in which the woman pulled a loaded revolver. Recently released officer body cam footage shows the entire altercation, where the woman resisted arrest and allegedly attempted to shoot an officer. 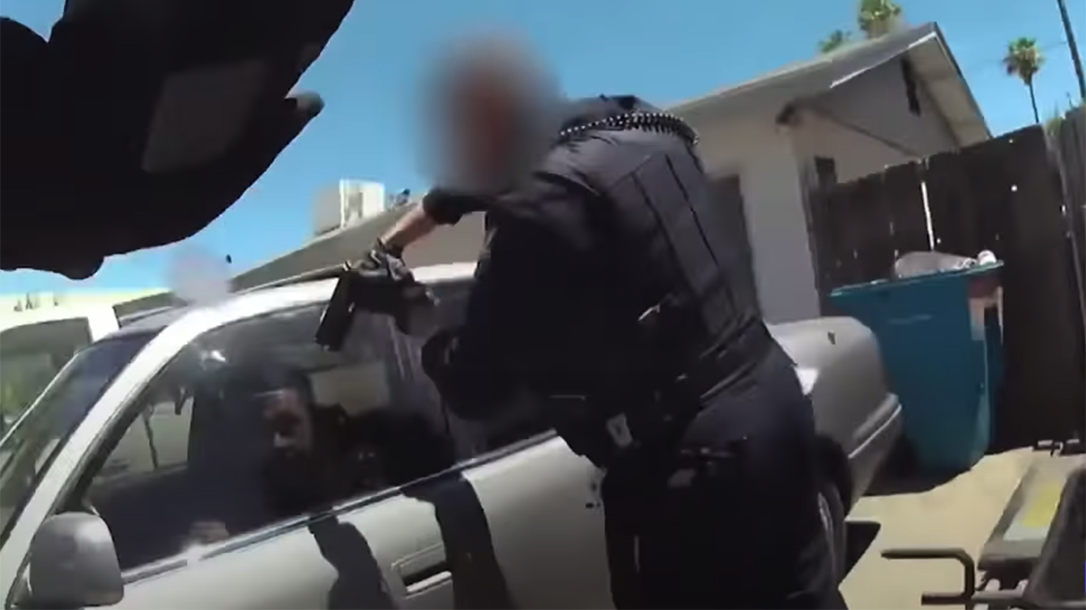 The incident began after officers responded to a call that a woman was “becoming crazy.” The woman allegedly “shot a gun” outside of an apartment, according to a Phoenix Police statement.

Officers arrived, where they met the caller. He then pointed out the woman he said shot the gun, according to police. The man identified 24-year-old Jovana Kelsey McCreary. Footage shows officers begin to question the woman.

Footage shows the officers ask the suspect if she had a gun. She denies carrying a pistol. She further says someone else did the shooting. But then an officer finds .357 ammunition in the woman’s belongings.

“The officers talked with McCreary for nearly seven minutes,” said a police statement. “With her permission, they searched her bag and found ammunition. They also found illegal drugs inside. At the same time, it was also discovered she had an outstanding misdemeanor warrant for her arrest.”

At this point, footage shows an officer begin to attempt to take the woman into custody. As he begins to apply handcuffs, footage shows McCreary resist. She flails to the side as she reaches to her waistline. Then she produces a revolver.

A mad struggle then ensues, with the woman allegedly firing at least one shot. She then begins to flee, as officers engage the suspect. Officers hit the suspect twice, as she drops the gun and finally falls to the ground. According to police, officers rendered first aid to the suspect. Officials transported her to a local hospital for treatment.