by Karen Hunter
in Military, News
0

Tibetan meditation master Chögyam Trungpa once said, “To be a warrior is to learn to be genuine in every moment of your life.” There couldn’t be a better quote to personify Kelsey De Santis. Just looking at De Santis you see a young woman who’s just as sweet as she is beautiful. Her smile will set you at ease in an instant, leaving it impossible to comprehend that she’s also a powerhouse that could knock you out in a single blow. Beauty and strength are not the only attributes De Santis possesses; she also comes highly educated. Brains, brawn and beauty, Kelsey De Santis is the absolute definition of a triple threat. 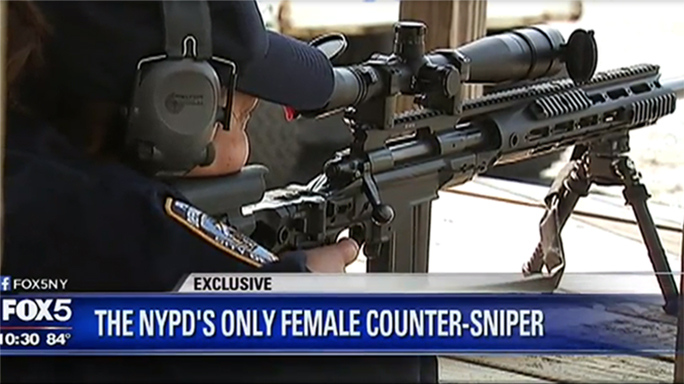 De Santis grew up in southern California with her mom and brother. Having a father who was not active in their lives, her mother worked quite often. Stepping up to fill the shoes of an absentee Dad was a close friend of her mother, a man who stood by De Santis and her brother throughout much of their lives and who they consider to be their uncle. As a Vietnam Marine Corps Veteran, he spoke quite often about his time serving, which in turn helped De Santis discover the fighter she had within.

“I always struggled in school when I was younger,” she said. “It wasn’t easy for me. I had the ability to do well, I just wasn’t focused. I started studying Muay Thai when I was about 15. Martial Arts was a way to transfer my energy into something positive and help me focus. The first fight I ever competed in, I lost and got my face beat in. Looking at my face, my uncle told me this probably wasn’t for me, but I couldn’t let this defeat go, I had to beat her. I kept trying, won two more fights with other opponents, which finally brought me to a rematch with her, and I won. Shortly after that, I joined the Marine Corps at 18 years old.”

This spirit of determination led De Santis through a stellar military career, starting with finishing at the top of her class not only in boot camp, but MP and K-9 handling school as well. She became handpicked to serve with HMX-1 Squadron, Quantico, Virginia. She only obtained her full security clearance upon arrival. The HMX-1 Squadron is the Marine helicopter squadron responsible for the transportation of the president. “Only a very small percentage of the Marine Corps are picked for this, so it was an honor. The experience I gained from state-side and overseas missions was invaluable,” De Santis humbly stated.

During her time in Quantico, De Santis never stopped training as a fighter. In short order she began training with George Lockhart at the Marine Corps Martial Arts Center of Excellence. If you’re not familiar with Lockhart, he is the best in the combat nutrition industry and well known for his work with Conor McGregor in managing weight cuts. Lockhart already trained more than 100 UFC fighters in nutrition and weight management. His resume includes 11 world champions. He set his sights on De Santis.

“Training at the MACE was a huge deal,” she said. “This is the only place you can get your black belt with a red instructors tab, which is one of the hardest courses. Typically, you must be a sergeant or above to work there, but I was recruited and given a waiver to do the course as a corporal. I became an instructor and was able to teach martial arts and hand-to-hand combat. This was absolutely one of the most special moments of my military career.”

De Santis remained undefeated throughout her military service. She won a belt at Operation Octagon, one she left behind at MACE to show her dedication and thanks.

When asked about her most fun or memorable moment while serving in the military, De Santis didn’t disappoint.

“That would be having Justin Timberlake as my date for the Marine Corps Ball,” she said. “I was studying current events with friends as a part of my sergeant testing and caught a patriotic comment that Justin Timberlake had made. This comment resonated with me and I decided to ask him to the ball. I didn’t know him, so I had to get his attention. With the help of some friends I made a YouTube video asking him to go to the ball with me. This video literally went viral, and my COs were getting tons of calls from the celebrity press. Justin went to the ball with me and we had the best time. After the ball I was invited to do interviews with CNN and ‘Good Morning America.’

“All of this made me realize how beneficial it is to have positive engagement between the military and civilians. Making connections like this really stuck with me and gave me a purpose beyond the military. Leaving the military was a very difficult decision but I knew I wanted to continue my education. I was at a point in life where my maturity increased, and I knew I was ready. So, despite struggling with school in my younger years, I went on to obtain my master’s degree in communications from the University of Miami.”

De Santis trained at American Top Team in Florida, known to pro fighters around the world. There, she began her journey in the civilian world as a trainer, becoming the training partner of top athletes such as Amanda Nunes and Kayla Harrison. Nunes is a reigning champ holding two belts for more than a year now.

De Santis didn’t hesitate to explain that holding a belt for this long isn’t the norm, making Nunes an exceptional fighter. Kayla Harrison is an Olympic gold medalist who recently won the PFL women’s lightweight championship on New Year’s Eve (2020) at the Hulu Theater at Madison Square Garden. Harrison easily defeated Brazilian Larissa Pacheco in the championship fight, televised on ESPN. As a training partner, De Santis not only gets to fight with the best of the best, but she also gets to sit cage side watching them win.

In addition to being a fighter, De Santis is an avid Second Amendment advocate. And as a Marine Corps vet, she’s no stranger to weapons. While serving as an MP she was a combat marksman coach and currently works in personal protection and security.”

“I love the idea of being able to safely conceal a weapon,” she said. “As an MP, everything was outside carry. Concealing a firearm is different and so much more empowering. My current EDC is a Glock 19, but I started with a .380 because it’s smaller and easier to conceal. With time, I began to see things differently and really wanted to carry something bigger. I look at the Glock 19 as the ‘MMA version of handguns,’ bigger, badder and has more rounds.

“Moving to a bigger gun to carry wasn’t exactly difficult. In fact, it’s a lot easier to conceal than most people think. I’m always exploring new ways to conceal carry and playing around with what does and doesn’t work for me. The most important thing is this, and this is what I always say, everyone has the right to protect themselves, and people lose sight of that. Not only ourselves but our children and family. Being a protector is very near and dear to my heart. This is why I love to teach people, especially women, about weapon handling and concealed carry.”

De Santis has had an accomplished and impressive career so far, and she’s not about to stop anytime soon. “Currently, I’m working on starting my own path as a professional fighter in the civilian arena versus being a training partner,” she said. “I’ve got my sights set on that $1 million prize. I was at peak condition and ready to go until the COVID-19 quarantine hit. As soon as this craziness is over, it’s full steam ahead. Not just with fighting but utilizing my education as well.

“Communications is such a passion and so needed within this industry,” she continued. “I met my best friend, Leslie Vanderau, at an all-female veterans outing called Camp Valhalla. We were doing a helicopter hog hunt in Texas and have been best friends ever since. Leslie and I want to make a difference. Her friendship has opened doors for me and enabled connections I would have never thought possible. Those connections bring such strength and we want everyone to experience that. Leslie and I have big plans for the future and can’t wait to implement them.”

Kelsey De Santis is an extraordinary woman. Sheer determination and will drive her toward success while she effortlessly remains sweet and humble. Her beauty is more than skin deep, reaching straight to her soul, making De Santis one of the most genuine people I’ve ever had the pleasure to know. Wisdom hasn’t eluded her, either.

“When faced with opposition in any industry or even just life in general, I stay quiet,” she said. “I’ve learned to let my actions speak louder than my words and to let my character and skills speak for me. When someone looks at me or treats me disrespectfully, I instantly want to prove them wrong. If you think I shouldn’t or couldn’t do something, my first reaction is to prove you wrong, and I’ll work twice as hard to succeed in doing so, I don’t care what it is.”

It’s this perspective that brings me to the most touching aspect of getting to know De Santis. The one area in her life where this drive is best utilized, and what she considers her most sacred accomplishment, is being a mother. “Being a mom is the most important thing I’ve ever done, and nothing will ever compare,” she concluded.

This quote from N.K. Jemisin fits Kelsey De Santis perfectly, “There is no greater warrior than a mother protecting her child.”