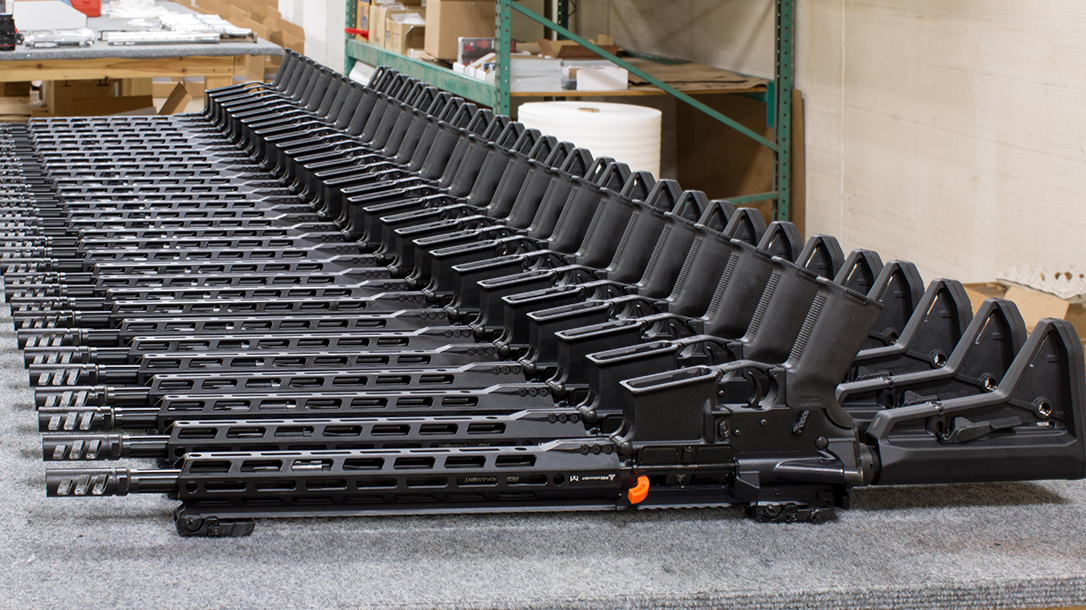 Firstly, the RISE Armament Watchman SBR has an 11.5-inch match-grade 416R stainless steel barrel with a carbine-length gas system. Additionally, the barrel is chambered in .223 Wylde for incredible accuracy with .223 and 5.56 ammo. It features proprietary fluting for weight reduction and is sub-MOA accurate with duty ammo. The rifles also have a 10-inch RISE aluminum handguard that is M-LOK compatible with a 12 o’clock Picatinny upper rail system and six QD points.

The Watchman’s other features include RISE’s Veil flash hider—which minimizes flash without the tuning-fork effect of other prong-style flash hiders, according to Rise Armament. Additionally, the Watchman utilizes forged aluminum upper and lower receivers, an ambidextrous safety, and a premium black nitride-finished bolt carrier group. The Watchman also boasts RISE Armament’s LE145 Tactical Trigger, which has a crisp, balanced break and 4.5-pound pull. Further, the rifle has a Magpul pistol grip and stock, and it and includes one magazine.

Above all, RISE Armament specializes in the design and manufacturing of AR rifles, triggers, barrels, handguards, and compensators for civilian, military, and law enforcement uses, according to Rise Armament.