A Pomona Police officer shot and killed a man suspected of stabbing another man with a sword in Pomona, Calif. Body cam footage of the March 30 incident recently became available. Watch the video above. 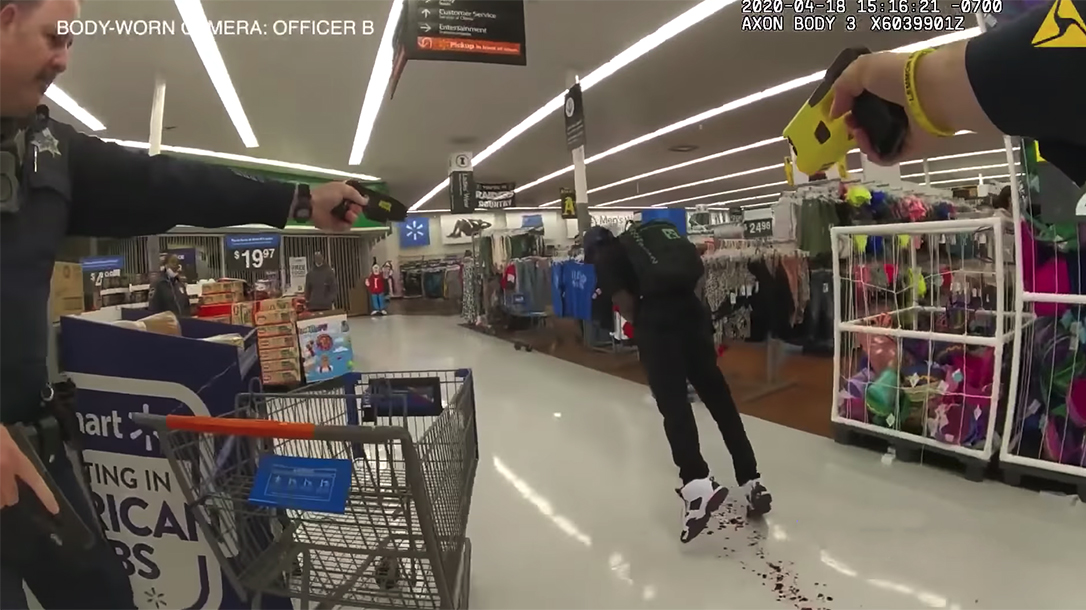 The incident began with police responded to a call of a reported stabbing, according to ktla.com. The Los Angeles County Sheriff’s said a sword was recovered from the scene following the shooting.

“The officer located the suspect and attempted to detain him,” Deputy Tracey Koerner of the Sheriff’s Information Bureau said in a written statement. “The suspect produced a sword and advanced on the officer, at which point an officer-involved shooting occurred.”

Footage shows an officer speed up to the scene, prompting the suspect to flee and attempt to hide behind large bushes. The officer then issues several clear commands to stop. Yet despite the warnings, the suspect inexplicably reaches into his pants and draws a large sword.

When the suspect continues to advance on the officer, he fires four shots, with the initial shot seemingly hitting center mass. The suspect ultimately falls and dies on the scene. Officials transported the original stabbing victim to a local hospital with non-life-threatening injuries, police said.