The following is an op-ed from Donald Mihalek, the Executive VP of the Federal Law Enforcement Officers Association Foundation. We first reported on the Lakemoor Police shooting in January when body cam footage first became available. Watch the footage above. A second full-length video from the shooting officer’s vantage point has since been made available. It is at the bottom of this post. 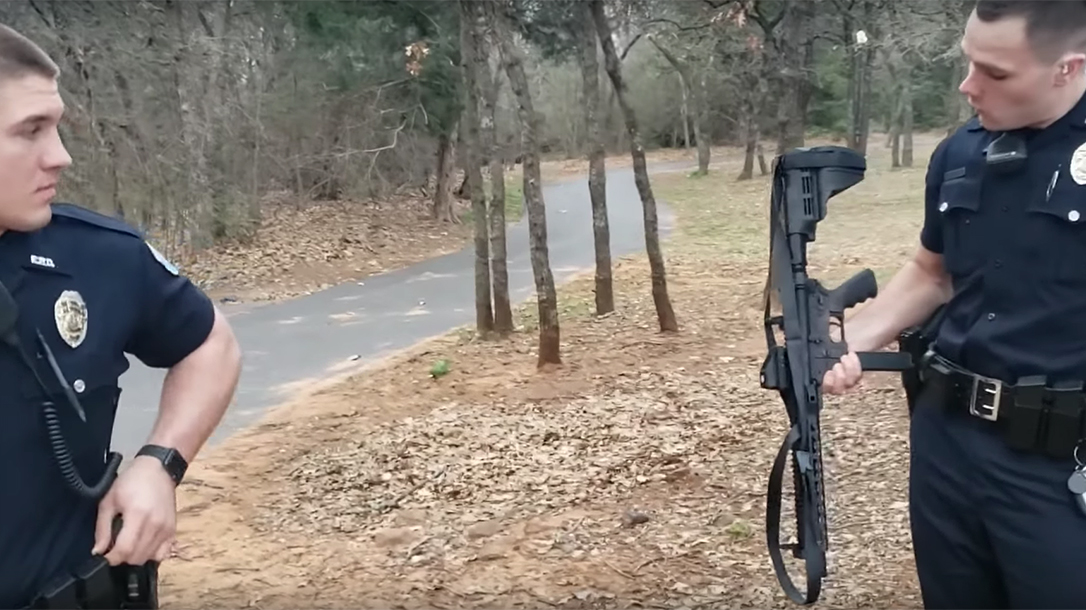 Around 5 a.m. on July 26, 2018, Lakemoor Police Officer Brianna Tedesco found a suspicious vehicle parked on a gravel path in the dark. It was the early morning hours when light is dim and both visual acuity and perception are at their worst. It is also when someone who may have been working all night is tired, which impacts reaction time. Statistics have shown time and again that more officer-involved use of force incidents occur in low light that at any other time. Statistics also show that low-light situations are by far the most deadly for law enforcement officers.

Tedesco was alone. She stopped her patrol car a distance from the suspect vehicle. Why is that a factor? It means her safety and cover were far from her position, which isn’t optimal. Additionally, Tedesco’s vehicle position forced her to approach the suspect from the front of the vehicle; this gave the suspect a complete line of sight of her movements and positioning, which places her at a further disadvantage. The benefit of approaching from behind — the “ambush position” — is gone.

Once there, the officer interacted with the individual on the driver’s side of the car, appearing to be directly across from where the suspect was seated. Again, this is not an optimal position. However, the positioning is unclear due to the limitations of body cameras.

The body camera on the officer only gives us, at best, a partially obscured vantage point. We aren’t able to see inside the vehicle, the suspect’s full body or his movements, which are all factors that contribute to a deadly force decision. These are also factors that give an officer the edge when dealing with a suspect. If they aren’t observed, an officer can miss critical movements that can save their life.

As Tedesco struggled with the suspect, she pled with the suspect not to shoot her; this is a good psychological move. Screaming at an individual during a high-stress incident can overload their mind and force them to focus on the sound versus their actions. It is, in effect, a distraction that can give an officer the edge.

As this happened, backup arrived. In many departments that run single unit patrol cars, when an officer goes out to a suspect’s vehicle, an available unit is automatically vectored to their location. Whether or not this happened here is unclear, but the Tedesco’s backup arrived within 23 seconds of the incident, which must’ve seemed like a lifetime to her.

Within three seconds of the backup officer’s arrival, he runs toward the danger and, upon seeing the engaged officer struggling with the suspect and the weapon, fires one round and ends the threat. The bullet hit the suspect next to his right nostril. Total time from initial struggle to shots fired was 26 seconds. The incident ended well and a suspected murderer didn’t take another victim.

Considering all the factors working against Tedesco, she did what needed to be done to stay alive; in the end, that is all that matters in the profession of law enforcement.