The Los Angeles Police Department released video recently, showing an LAPD officer take down an armed suspect on a bicycle. After refusing to comply with multiple demands, the gunman took the brunt of an LAPD vehicle’s door, as the officer got creative in stopping the suspect. 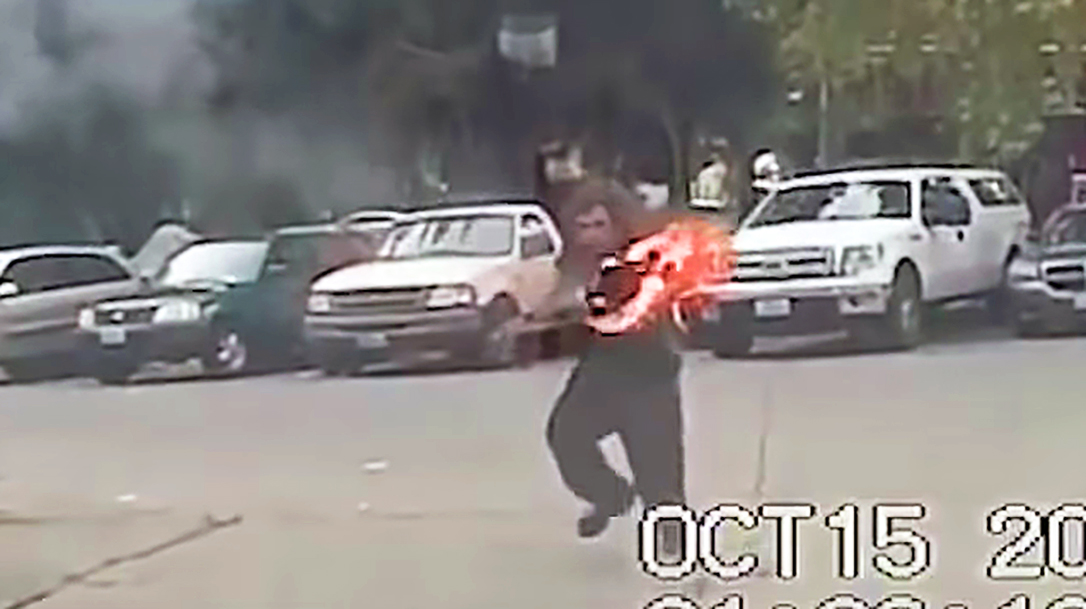 The incident began July 7 when an LAPD dispatcher received a troubling 9-1-1 call. In it, a man describes a suspect, allegedly armed with a 9mm pistol, threatening civilians from a bicycle.

“I was taking water out and a gangster took out a nine millimeter,” a caller says in a 9-1-1 call on the video. “He came by on a bicycle and stopped at a parked car with a young woman inside and like three people or more.” The man said the suspect then threatened a group of people, including the caller. “And what can I do besides call you? I’m a civilian. I’m not a gangster.”

The dispatcher then asked if the caller could still see the suspect. “I no longer see the man,” the caller stated. “I’m in a car. I came over here trembling and scared because I don’t have a weapon and I’m not a bad guy.”

Then it happens, an ingenious move by one LAPD officer. He swerves his vehicle up alongside the suspect. Then with a quick flick open of the vehicle door, he knocks the man to the ground. With limited use of force, the suspect goes down, and officers swoop in to apprehend him.