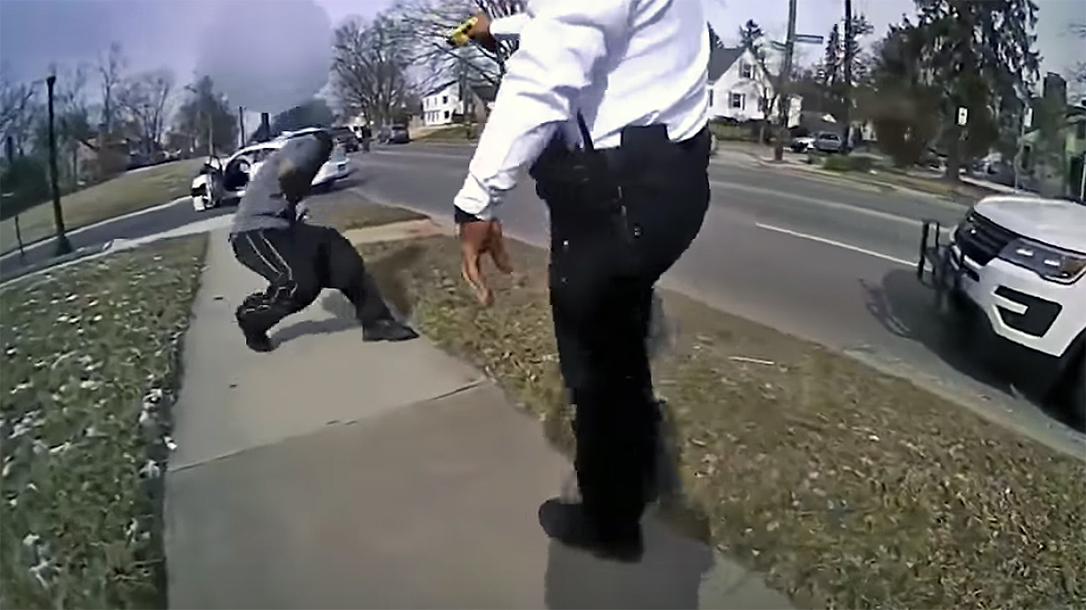 On March 16 around 9:30 p.m. officers responded to a burglary call near Eastern Avenue and Robindale. Police say 20-year-old Steven Aguirre is suspected of robbing an Auto Zone at gunpoint, then fleeing the area on foot,” reported ktnv.com.

Footage shows responding officers, with pistols drawn, demand the suspect to stand down. Footage clearly shows officers shout to the suspect several times “keep your hands up” and “let me see your hands.” As the suspect moves slowly toward officers with his hands held high, a pistol in a strong-side holster is visible.

The suspect appears to be complying, slowly advancing, then turning around and dropping to his knees with his hands above his head. However, that’s when Aguirre makes his move, reaching for his sidearm. But a Las Vegas Police officer immediately identifies the threat, and engages with one shot into the suspect’s leg.

Officers then immediately move in and secure the suspect, placing him in handcuffs. Moreover, officers rendered first-aid and called for medical assistance. Authorities transported Aguirre to Sunrise Hospital and Medical Center where he was treated for non-life-threatening injuries. Las Vegas Police is holding the suspect on $100,000 bail, according to the Las Vegas Review-Journal.