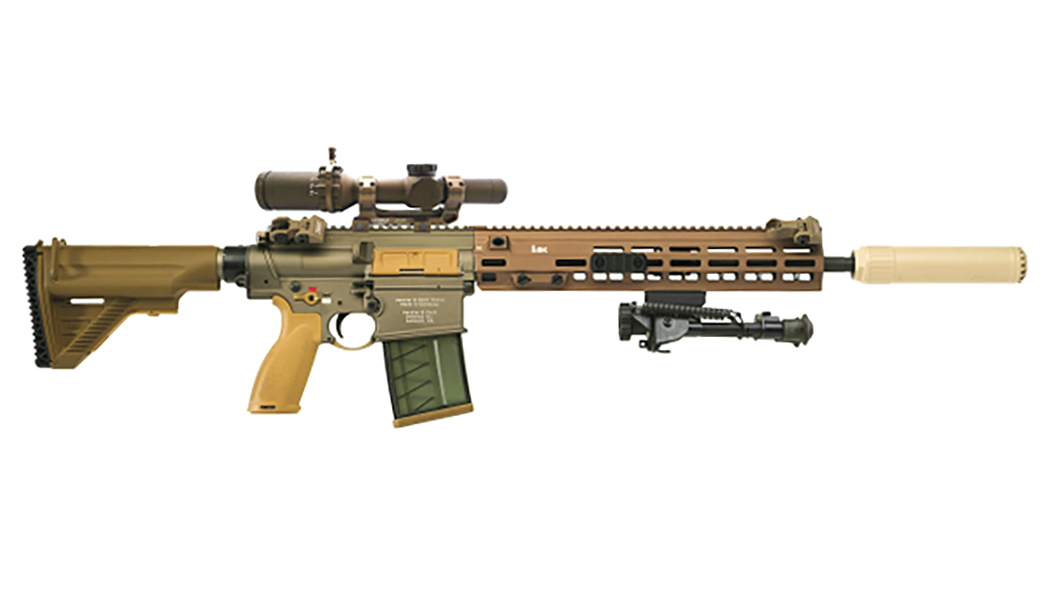 The scope includes a Leupold Mark IMS mount. The 3.6-18 serves as the second Mark 5HD model selected for use by the Army this year. The 5-25×56, featuring the same FDE coating and reticle, was selected by the Army Precision Sniper Rifle Program last month.

“The men and women of the U.S. armed forces require and deserve the very best, and when it comes to riflescopes, that’s the Mark 5HD,” said Bruce Pettet, President and Chief ExecutiveOfficer for Leupold & Stevens, Inc. “Our optics face strenuous durability testing, and fully meet the extremely high performance standards that the military demands.”

Leupold builds the Mark 5HD to deliver accuracy, precision and optical performance for long-range shooting. It comes in three models: 7-35×56, 5-25×56 and 3.6-18×44. Each comes in both milliradian and MOA configurations. The scopes weigh in 20 ounces lighter than other scopes in their class, according to Leupold.

“The Mark 5 was designed in partnership with elite shooters to create a product that has the quality and features required to get rounds on target faster,” said Sam Horstman, Director of Military Sales for Leupold & Stevens, Inc. “The end result is precisely the caliber of riflescope we’d want our troops to have in the field.”