Recently released body cam and dash cam footage chronicles a deadly police shooting in Pasadena from May 8. In it, a suspect, 45-year-old Lloyd Nelson, wildly opens fire through both windshields at Pasadena Police. An officer ultimately returns fire out of the vehicle, killing Nelson. 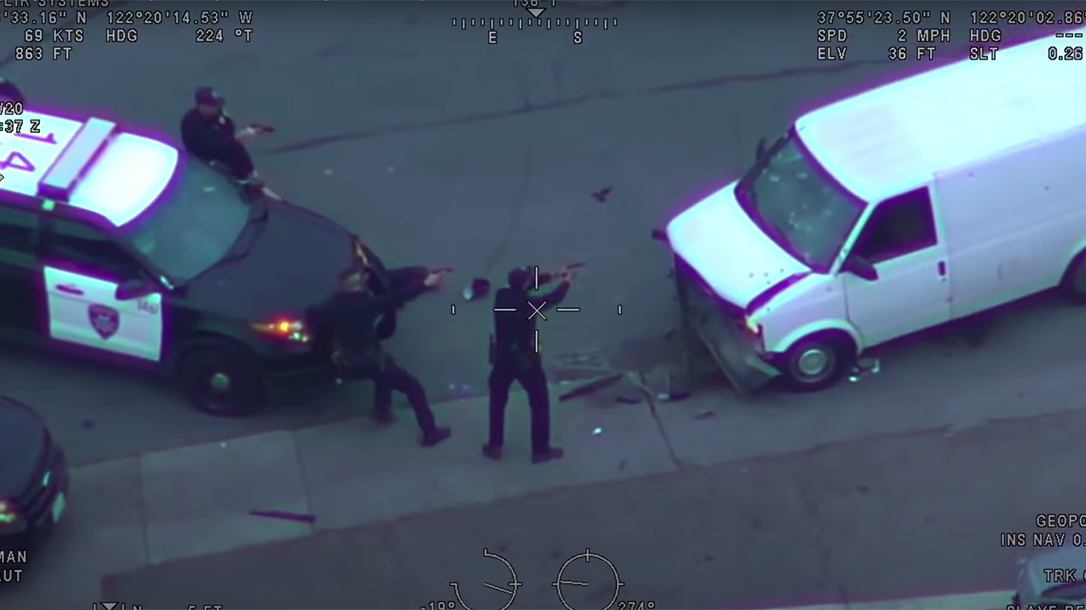 The incident began when an officer observed the driver commit an illegal turn. When the officer approached, Nelson bolted, setting off a dangerous 10-minute chase through city traffic. Footage shows officers finally perform a PIT maneuver, as the suspect crashes into a Pasadena Police vehicle.

“We saw there was safety concerns of the driver going through intersections, and so we were concerned for the public,” Pasadena Police Chief John Perez told losangeles.cbslocal.com. “So, at that point, we did a PIT maneuver to stop the driver from driving.”

That’s when Nelson inexplicably opened fire. He immediately produced a handgun, firing through his own windshield into a police cruiser. Glass flies in the video as an officer struggles to disembark from the passenger side of the vehicle. Both officer and suspect eventually get out of their respective cars. And the gun fight was on. In the end, the officers dropped Nelson, killing him onsite.

The deceased suspect turned out to be a Marine Corps veteran, discharged in 1996. He also worked for the Los Angeles County Office of Public Safety until 2010, according to sandiegouniontribune.com.

“We have multiple guns recovered at the scene that appear to have belonged to the driver of the car,” Perez told losangeles.cbslocal.com.