Lufkin Police got a big surprise recently when officers entered a home to investigate reports of a potential armed robbery in Texas. But the would-be suspect turned out to be a wild deer on the lose, prompting a chaotic mission to get the deer out of the home. 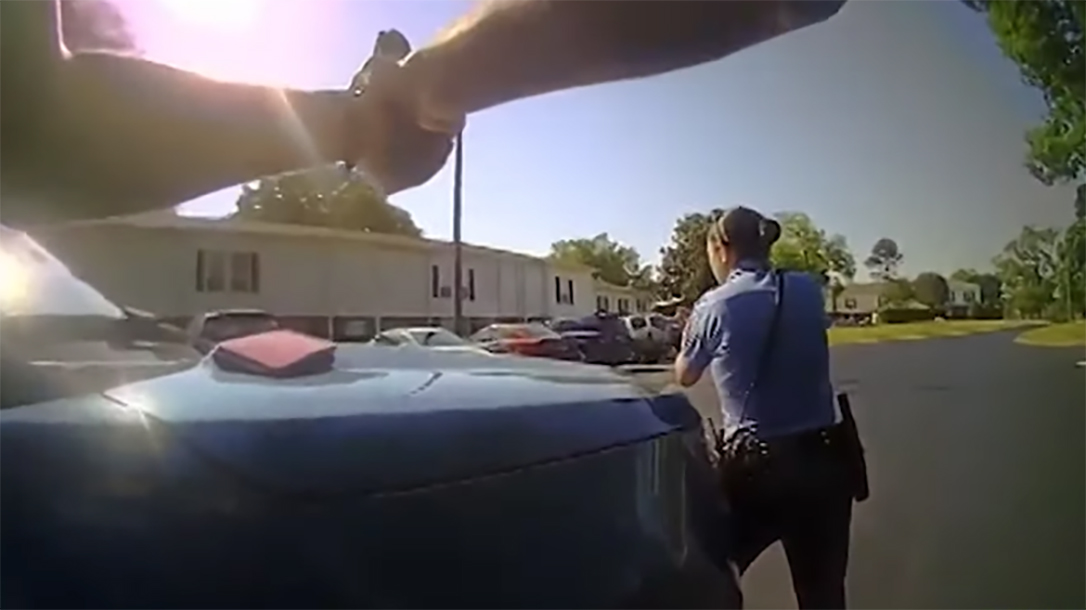 Officer body cam footage captured the entire wild scene in full. It all started when officers responded to a call of a potential break-in. A homeowner heard breaking glass and realized her home defense weapon was left in the kitchen, now possibly in the suspect’s hands.

“The homeowner called Lufkin police early Thursday after she heard glass breaking. The woman hid in a closet and realized she had left her weapon in the kitchen. Officers were worried it could end up in the hands of the suspect,” reported apnews.com.

Lufkin Police Face Off Versus Deer

Footage shows the initial responding officer arrive and investigate the scene. While the video turns comical soon enough, there’s much to examine from a law enforcement perspective.

The responding officer quickly rushes to a broken window, sidearm drawn, with a tactical light to illuminate inside. He seemingly quickly surmises, by sound, there is an unknown someone (or something in this case) inside. Though he shouts a command to show hands, he seems to realize he’s exposed, so he quickly retreats to a place of cover and calls in for support.

The footage then cuts to sometime later on, when additional units arrive on scene. The officers create a perimeter, then stack up and execute a dynamic entry. Footage shows the lead officer through the door using a shield, while the body cam officer enters through the broken window. They enter hard and fast, quickly clearing the main rooms of the house. And just as quickly, they identify the deer, and the officer commands all units to stand down.

Officers appear to get the deer out of the home without further incident. No known injuries were reported, but the house for sure suffered a bit of abuse.