by Milton Hahl
in Military, News
0

The first thing we heard was her scream. It was piercing and real and shot through the core of our beings. It was the sort of sound that we’ve been wired across millions of years to instantly recognize as a human being about to die. Then we heard the barked command of the instructor: “Hold still!” Then his voice again: “F*#@, F*#@, F*#@!” Immediately followed by the violent boom of an M67 fragmentation grenade going off. 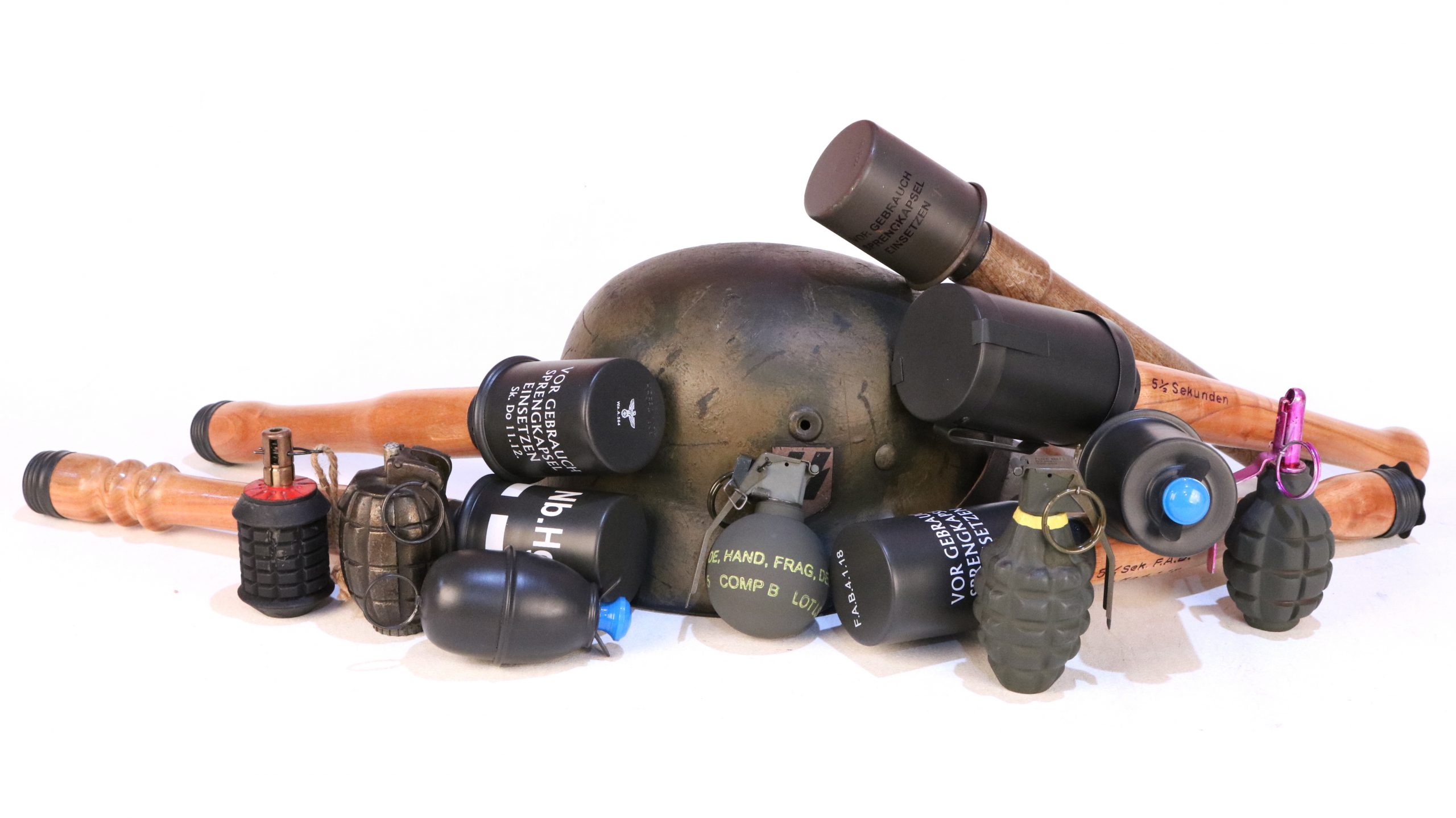 We were grenade trainees in a rear bunker made of three-thick railroad ties, set up in a semi-circle facing the range. This was the staging area for trainees about to go throw live grenades. And to do that, you followed an instructor up to the forward bunker, which was at a lower elevation and not as deep as the rear one. There, the instructor walked you back through everything you’d already done several dozen times with dummy “blue body” grenades. Then, with a great deal of well-warranted gravity, he handed you your first live one.

For those who have not had the pleasure, an M67 frag is as about as much sheer kinetic violence as you can hold in the palm of your hand (yes, thermobarics excepted). You need to experience its devastation to really get it. A video really doesn’t capture it. That said, check out “The Story of the M67 Grenade” on YouTube for some instructive footage.

There’s the concussive wave, a literal mountain of air blasting at you, then the sound—deep and malevolently violent. And with them is the spattering of the fragmentation itself. It’s pre-serrated spring steel, immaculately designed for the purpose of disassembling the human body. Wonderful, if you use it right.

The instructors had, as they very well should, gone well out of their way to explain to us the sheer violence of what we were handling. Some of us took it in stride. Some didn’t. The trainee who screamed was so psychologically terrified of the object she held that she dropped it … right there … in the bunker.

A typical M67 fuse is five seconds. To a good instructor—and the instructor was magnificent—that’s all the time in the world. As we learned from him later, he knew instantly what she’d done and he dropped on all fours looking for it.

A well-prepared fighting position and/or training bunker has what’s called a grenade sump. It’s merely a hole about as big around as a coffee can, and maybe two feet deep. You dig them in the corners like it’s a billiard table: Drop a grenade (or have an enemy throw one at you) and you can backhand it in there. The frag, to the extent it leaves, goes straight up and a happy ending follows. But the damn grenade wasn’t there. It was not on the floor of the bunker.

Whiskey Tango Foxtrot. And in a flash of utterly inspired brilliance, he speed-frisked her. Right front BDU blouse lower pocket, there it was. She’d dropped it into her own damn pocket.

He snatched and threw in a last flickering instant and slammed her down in case it airburst. It did. The margin was maybe a tenth or two tenths of a second. Because he’d dropped her, they were low enough that neither caught frag.

So, what are the teachable moments here? One: Don’t be afraid of your gear. Learn it and respect it, but don’t fear it. Two: When throwing a grenade, focus your total attention on getting it to where it belongs. Three: Anticipate a problem before it happens, and have a plan if it does. Have grenade sumps, even if improvised (concrete parking lot tire-stops work great). Oh, and button your pockets.