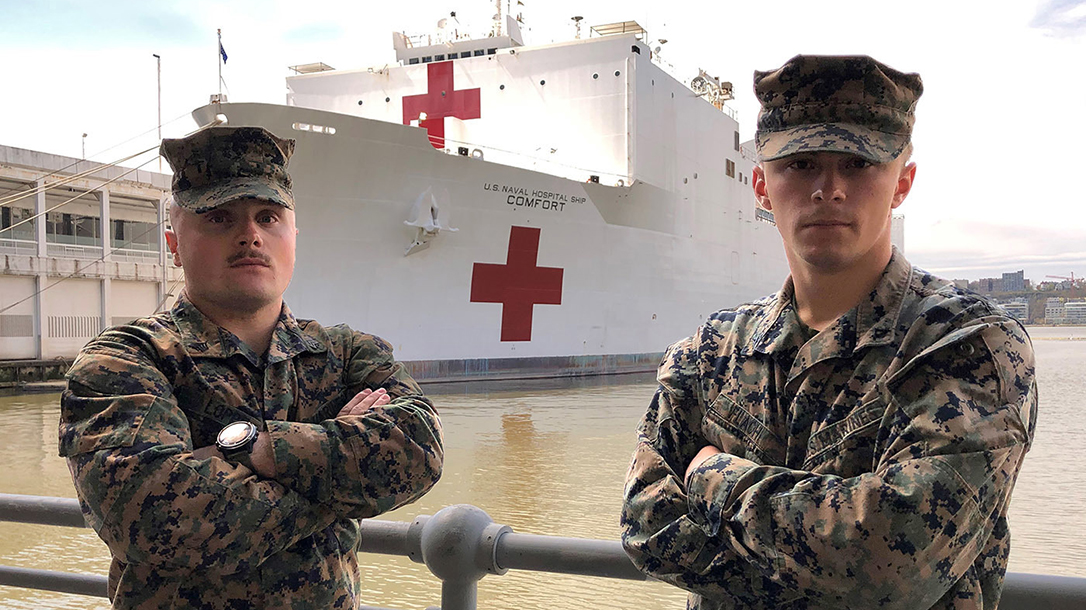 Marines Save Patients Waiting to Board Hospital Ship USNS Comfort

The cool factor here looms pretty large. Sure, the video could be a little more revealing of the actual tech. But footage clearly shows a Marine moving at speed under water. Most noticeably, the Devil Dog doesn’t need to use his feet to propel himself. It’s definitely going to give James Bond a run for his money.

The devices take the propulsion systems, once as big as a torpedo, and packages them in a small, man-sized platform. Free of bubbles or other trace, the DPD should enable Marines to get the jump on any adversary.

“This is more of a stealth device, where there is no trace of the diver under water,” said Sgt. Colton Morgan, radio operator. “We are using this as a new means of transportation under water, so you don’t have to kick anymore.

“Getting the best technology for our guys is going to be pivotal for the next big fight,” Morgan continued. “We’re all extremely grateful just have the opportunity to get to train here realistically.”