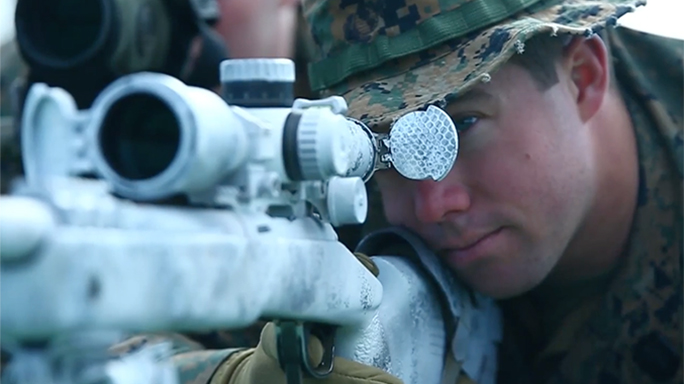 The M40 system is based around the Remington 700 bolt-action. First introduced back in 1966, the rifle has since undergone a series of upgrades, with the latest configuration being the M40A6.

But while the 7.62x51mm M40 has been in service since the Vietnam War, many felt it lacked the suitable range to get the job done in modern conflicts like Afghanistan and Iraq. Indeed, the M40’s near-1,000-yard range is well behind the Army’s M2010 Enhanced Sniper Rifle, which can hit targets at 1,300 yards.

News of the Corps’ decision to adopt the Mk 13 Mod 7 rifle has been given the thumbs up, with one sniper telling the Times the move was a “long time coming.”

The USMC’s FY19 budget justification book shows that the service intends on buying 356 Mk 13 Mod 7 rifles at a total cost of $4.287 million. That means the per unit cost will be $12,042.13. The contractor is Naval Surface Warfare Center, Crane division in Crane, Indiana. First delivery is set for May 2018.

Meanwhile, the USMC might also be procuring a new optic to go along with the Mk 13 Mod 7. The budget justification book earmarks money for “the MK 13 Rifle with associated optic.” That optic could be the Nightforce ATACR scope. There’s been no confirmation, but photos have surfaced showing Marines firing the Mk 13 with that riflescope.

The Mk 13 Mod 7 isn’t the only infantry weapon the Corps has its sights set on. The “Family of Infantry Weapons” section in the FY19 budget justification book also confirms the service is procuring 7,995 Infantry Automatic Rifles; 623 M320 Missile Grenade Launchers; 116 Compact Semi-Auto Sniper System (CSASS) rifles; and 35,000 Modular Handgun System pistols. The total cost of all this, including accessories, is $28.292 million.