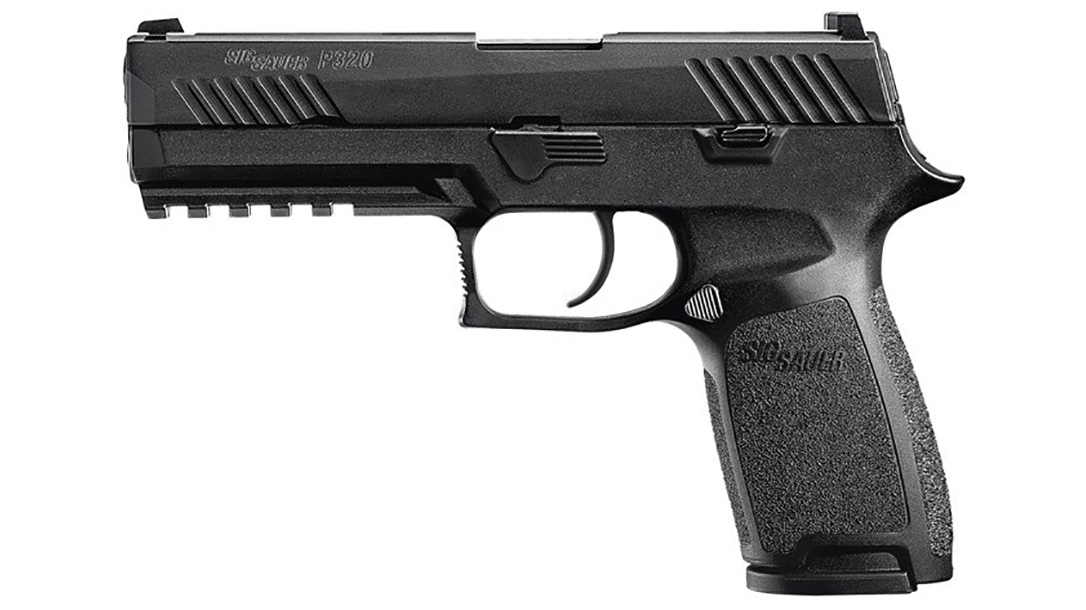 “We’re introducing the new modular handguns system, which is based on the SIG Sauer P320 system,” said Col. Howard Hall, Commanding Officer, Weapons Training Battalion. “The two variants are the M17 and the M18, a slightly smaller variant which is more concealable, but just as effective. The key characteristics of the modular handgun system are, number one, the ergonomics. The grip module itself comes in three different sizes, small, medium and large. So this gives us the ability to fit the gun to the shooter rather than forcing the shooter to fit the gun.”

One of the hallmarks of the SIG P320 design is its adjustability to fit. Marines, like any service member, come in a wide variety of shapes and sizes. The P320’s interchangeable grip modules and ambidextrous controls enable more shooters to comfortably run the platform.

“We are both humbled and proud that the P320 was selected by the U.S. Army as its weapon of choice,” SIG Sauer CEO Ron Cohen said at the time of the award. “Securing this contract is a testimony to SIG Sauer employees, their commitment to innovation, quality and manufacturing the most reliable firearms in the world.”