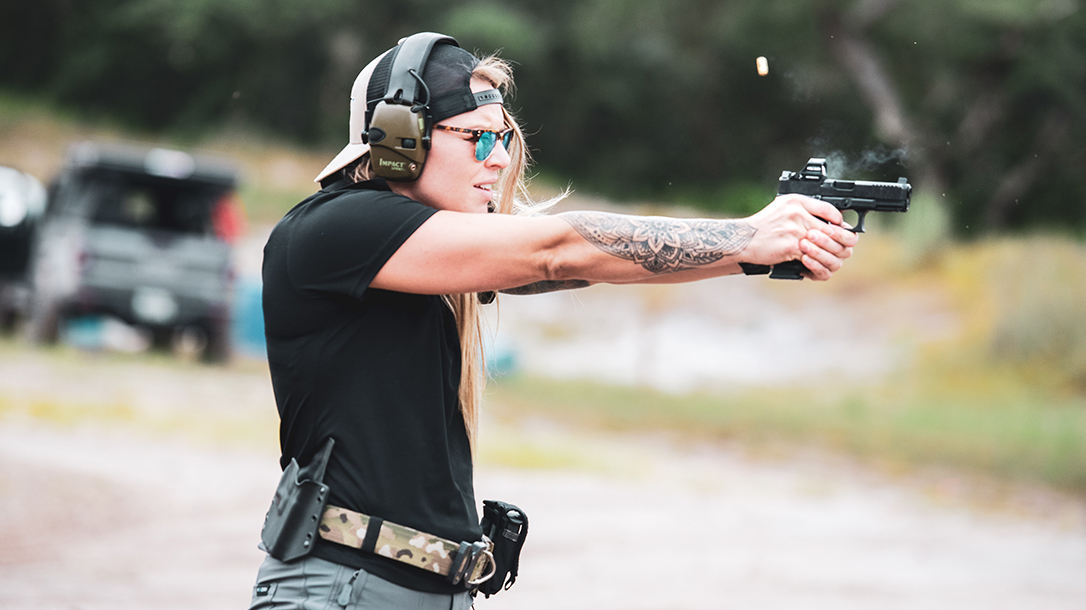 Last year, Trijicon won a $64 million contract to produce the 1-8 variable power optic. The Corps began fielding the new SCO in January. The optic includes an illuminated and non-illuminated aim-point. The design improves target acquisition and probability of hit with standard infantry rifles.

The SCO works with the M4 and M4A1 Carbine, along with the M27 Infantry Automatic Rifle. It will supplement the attrition and replacement of the Rifle Combat Optic and Squad Day Optic, according to a Marine Corps release. Those optics previously met the needs for close-combat Marines.

“Having an optic that can reach out to longer distances will ultimately make the Marine a more lethal first-shot shooter,” said Roger Boughton, Lead Engineer, SCO Program, MCSC. “This means they can use less rounds to overwhelm an enemy.”

Maj. Kyle Padilla, MCSC’s optics team lead and an infantry officer, said the SCO is agnostic to the round and weapon system, which provides additional flexibility for Marines. This allows for movement to a different host weapon and accommodates the employment of the M855, M855A1 or future ammunition.

The system proves easy to assemble, including a mount requiring no tools. Marines can also move the optic to different host weapons, utilizing any M855, M855A1 or future ammunition.

“If you want to mount it onto the rail of the weapon, you don’t need a wrench to tighten anything,” said Boughton. “You just need your hands.”

The optic moved from program designation to fielding in a mere 16 months, according to a Marine Corps release. It passed a simulated 10,000-round fire exercise along the way. Marines sang praises to the new system upgrade.