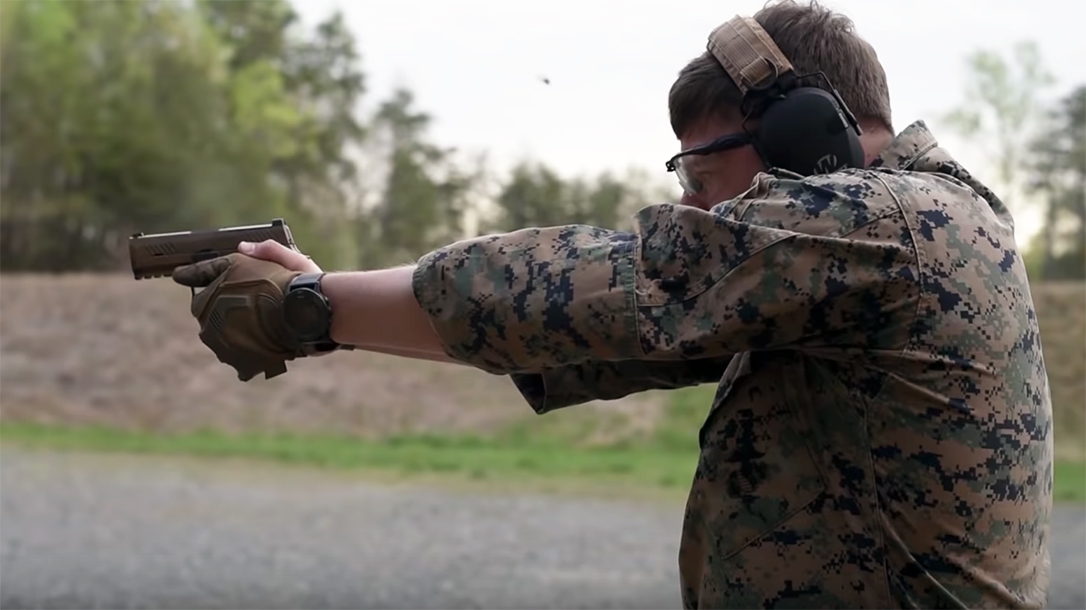 Michel set the records on two different Steel Challenge stages. He shot Roundabout in 7.17 seconds and shot the famous Smoke and Hope in 7.29 seconds.

“Max goes into every competition ready to compete at the highest level, and it’s great to see him come out of this year’s Steel Challenge setting two new world records” said Tom Taylor, Chief Marketing Officer, and Executive Vice President Commercial Sales, SIG SAUER, Inc. “His performance continues to prove, unequivocally, that the P320X5 is the premier competition handgun, and we are very proud of his performance.”

Along with the new ROMEO3MAX, Michel used a SIG P320X5 pistol. For ammo, he used SIG 9mm, 115-grain Match Elite Competition Ammunition to set the records.

“Every year I look forward to shooting this match. Over the course of the events thirty year history, each of the eight stages has had very minimal changes, giving shooters have the unique opportunity to set new records,” continued Michel. “My training and SIG SAUER equipment have propelled me to this achievement, and the superior technology that we have built into the ROMEO3MAX was a major contributor in my performance at this competition.”

The ROMEO3MAX should be popular with both competition and tactical-minded shooters. The open reflex sight features a 30mm Max round lens design. Inside a red-notch filter delivers a vivid red dot, according to SIG. A 6 MOA dot size should come in handy when going fast. Meanwhile, 12 different illumination intensity levels, MOTAC activation and up to 20,000 hour of runtime add to the features. MSRP on the new optic is $719.99.