The five police officers who fatally shot a Michigan armed robber were justified in doing so, a local prosecutor has ruled; the dash cam video above confirms that the officers acted appropriately. 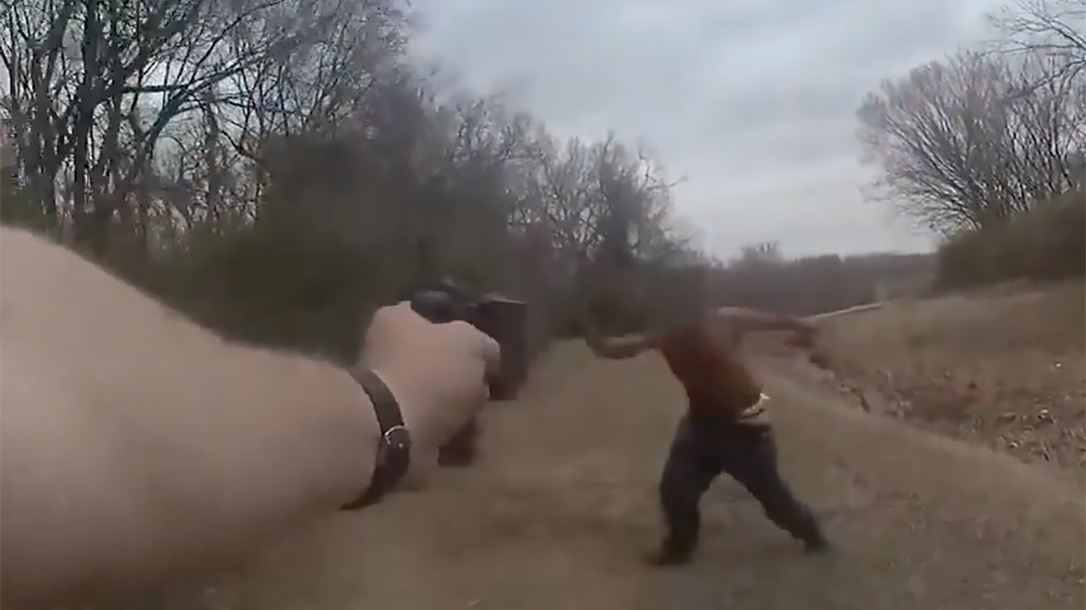 In his six-page decision, Jackson County Prosecutor Jerry Jarzynka says the incident began when 47-year-old Kenneth Townley robbed a Dollar General store in Jackson, Mich. on the afternoon of March 11. A clerk told a responding Blackman-Leoni Township public safety officer that Townley used a small, black handgun to steal $371.19 from the register.

In the video, Fryt stops his patrol vehicle and orders Townley to show his hands. He then tells Townley to walk back towards him. Townley complies. When Fryt tells him to turn around and place his hands on his head, however, Townley doesn’t comply.

Fryt can be heard in the video repeatedly telling Townley to put his hands on his head. Instead, Townley reaches into his sweatshirt pocket. Fryt tells him to take his hand out of his pocket. Then Townley starts pulling out what looks like a gun. Fryt orders him multiple times to drop it.

Townley ignores him, instead pulling the gun completely out of his pocket and holding it by his side. As Fryt continues to tell him to put the gun down, Townley points it at Fryt’s vehicle. Then he raises it to shoulder level.

Townley was shot five times and died after being taken to an area hospital. It was later discovered that the gun he had in his possession was an airsoft pistol he had stolen the previous night.

Taking into account the dash cam video and statements from witnesses, Jarzynka has cleared the officers involved of any wrongdoing.

“Based upon a review of the facts and the law, it is clear Kenneth Townley presented an immediate danger of death or great bodily harm to PSO Fryt, Deputy Wickham, PSO Prus, PSO Wheeler, and JPD Officers Postma and Renteria,” Jarzynka wrote. “As such, the officers acted properly in defense of themselves and their fellow officers when they discharged their service weapons and shot at Townley.”