0
SHARES
1.3k
VIEWS
Share on FacebookShare on Twitter
Milkor USA just announced the rare opportunity to own a unique piece of U.S. military hardware — 40mm hardware, to be exact. A limited supply of 53 Army trade-in M32 Grenade Launchers are available. Even more eye-catching, it’ll cost you $15,000 (plus taxes and shipping). 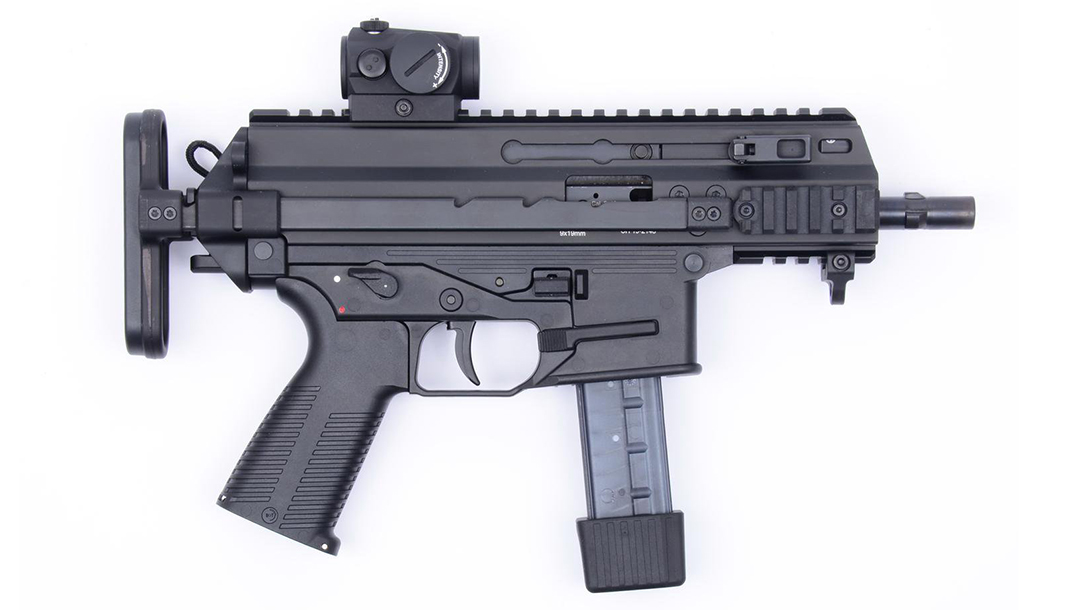 Before you blow a gasket, realize this is indeed a special type of military gear. How many chances will you ever have to get your hands on a semi-auto 40mm?!?

The M32 fires all six of its 40mm grenades in a mere three seconds, according to Milkor. A hand-held, gas-operated launcher, the M32 fires all NATO and Standard 40mm (40x46mm) rounds, including Low Velocity, Lethal and Less Lethal grenades. The M32 covers an area of 20×60 meters. Meanwhile, the weapon delivers pin-point accuracy up to 125 meters, with a maximum range of 400 meters, according to Milkor.

Each sale includes one M32 Grenade Launcher and M2A1 Reflex Sight, along with a carry bag, sling and 40mm cleaning kit. Not all M32 Grenade Launchers possess complete original issued accessories. However, Milkor will issue any original equipment on a first come, first served basis while supplies last.

Additionally, some launchers have received repairs or upgrades with current M32A1 parts. All launchers are indeed functional, but as actual fielded weapons, each exhibits varying degrees of wear, according to Milkor. Launchers may feature squad markings etched or painted on the exterior or other sings of use/customization by the original user.

The only thing cooler would be a running set of skull and crossbones, tallying up the handiwork like a fighter pilot.

The buyer is responsible for all taxes, transfer costs and any other applicable fees. Milkor requires full payment to begin ATF transfer paperwork. If the BATFE denies anyone on a Form 4, Milkor will refund all payments, less a $200 processing fee. Note: all guns are sold as-is. Milkor requires all buyers sign and end-user agreement.

The company expects serious collectors to swoop up the first 35-40 units rather quickly. So if you’re interested in owning this badass piece of American military hardware, you better act fast.