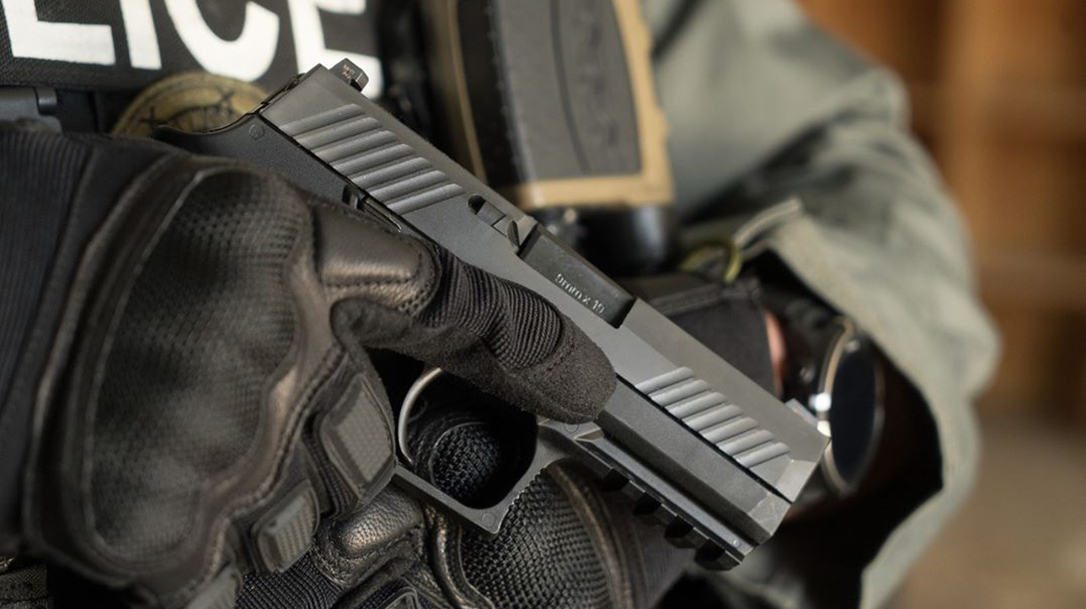 The incident began when “officers responded to the area near 84th and Congress around 6 p.m. on June 8 for a domestic violence investigation. They spoke with a man and woman, and asked the man if he was involved. The … man claimed he was a neighbor and began walking away. He was ordered to stop, but began running — with an officer chasing him,” reported fox6now.com.

Body cam footage shows Lewis ignore officer command and begin running away. As he turns, the suspect draws a semi-automatic pistol from his pants. That’s when Milwaukee PD officers respond, drawing, firing and dropping the suspect.

Lewis’ record includes a conviction for first degree reckless homicide in 2001. The then-15-year-old shot and killed a 38-year-old man; his sentence for that crime totaled five years in prison. Lewis now faces charges for attempted first degree intentional homicide, use of a dangerous weapon (two counts), possession of a firearm by a felon, strangulation and suffocation (use of a dangerous weapon), and misdemeanor battery, according to fox6now.com.

The suspect pleaded not guilty and faces jury trial beginning Sept. 30. Meanwhile, no officers suffered injury during the incident.