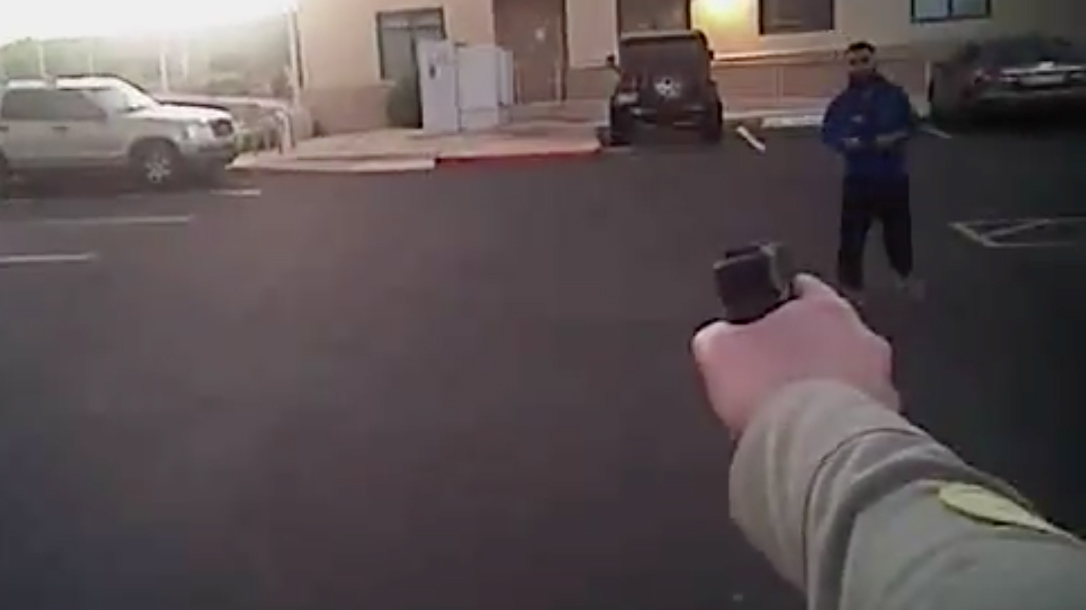 Footage shows Deputy Riley Jarecki begin questioning the suspect, later identified as Javier Hernandez. She asks to “wait right there, don’t move ok,” as she moves around the driver’s side window. Deputy Jarecki then asks the suspect to roll down his window several times.

Then just as Hernandez complies and rolls down the window, he says “it’s down.” Meanwhile, the suspect quickly pulls a gun and fires a shot at Jarecki at point-blank range.

But remarkably, Jarecki managed to avoid being by hit. She then quickly created space, moved back and to the side of the vehicle as she called “Shots fired,” over the radio. Jareki then advances toward the passenger-side window, unloading what appears to be nearly a full magazine, engaging the suspect.

Napa County Undersheriff Jon Crawford called it “divine intervention” that kept the deputy alive, according to a report by sanfrancisco.cbslocal.com. “It’s pretty obvious that he intended to kill her,” Crawford continued. “We are proud of the deputy’s composure and her fight to save her life,” Crawford said in the report.

Jarecki is a third-generation police officer, according to a post made on the department Facebook page. Her grandfather served as an officer, while her father is currently a sergeant with the Napa County Sheriff’s Office.

According to authorities, Hernandez died at the scene. Meanwhile, despite being fired upon, Jarecki avoided injury.