0
SHARES
45
VIEWS
Share on FacebookShare on Twitter
Amid the panic of a pandemic that was stretching its tentacles across the country, the Navy’s largest (and only) hospital ships, Mercy and Comfort, were whisked away from their standard duty to handle overflow patients in Los Angeles and New York, respectively. However, even though each ship is capable of handling 1,000 patients at a time, they both mostly sit empty. 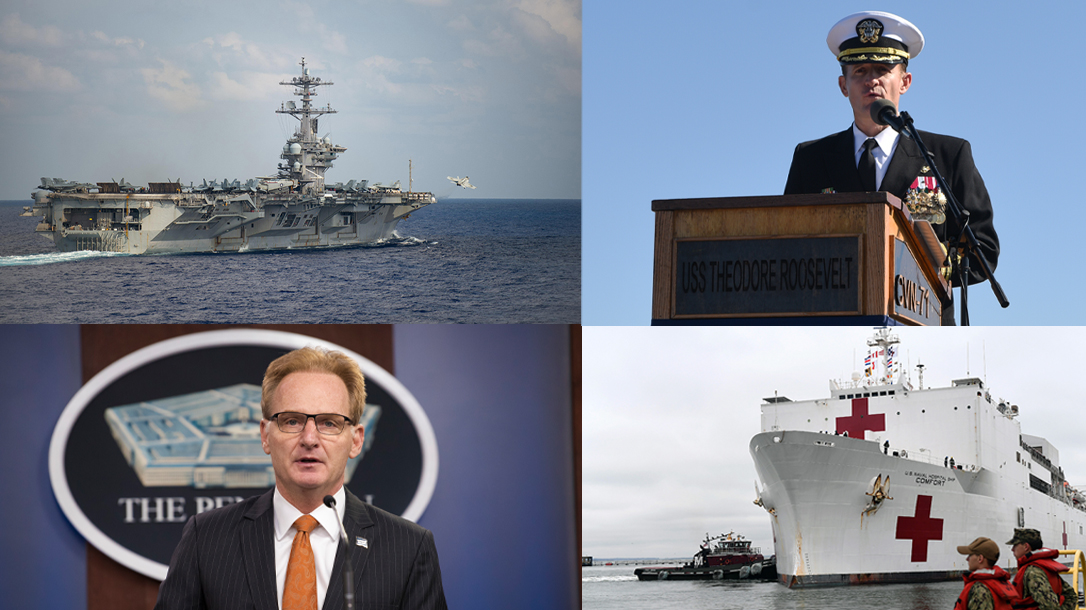 Since it arrived in San Pedro port on March 27, the U.S. Navy hospital ship Mercy has treated only 31 patients as of April 8. It released 18 of those. According to The New York Times, surgeons have performed only five operations: Repairing an obstructed bowel, removing a ruptured appendix and an inflamed gallbladder, and treating an abdominal stab wound.

“They’re certainly not the heroes the media said we’d be,” an anonymous source close to the mission told Tactical Life. “We expected to be overrun with patients,” the source added. “We got nothing.”

In fact, Mercy became the very thing it was sent to fight. Late Wednesday afternoon, one of the 1,200 crew tested positive for COVID-19. According to a Navy statement, the crew member hadn’t been in contact with any patients, is currently isolated, and will be sent off-ship to self-monitor for severe symptoms. The Navy will also quarantine other crew members that came into contact with the infected person.

“This will not affect the ability for Mercy to receive patients,” the statement said. “The ship is following protocols and taking every precaution to ensure the health and safety of all crew members and patients on board.”

Similar to the Mercy, a crew member aboard Comfort also tested positive for the disease Monday. Navy officials said that crew member is in isolation. As well, five patients—of the 20 on-board as of Tuesday—tested positive.

When the Comfort came into New York Harbor on March 30, there was almost a palpable exhale of relief from the city’s hospitals, which were slowly filling with coronavirus patients. However, instead of rushing into the fray, like the Mercy, the Comfort sits nearly empty. An anonymous source told Tactical Life that crew members sit bored and idle.

Both the Mercy and Comfort feature open wards; that configuration makes both ships poorly suited to handle respiratory illnesses, such as COVID-19. But the Navy changed the Comfort’s tactics. It will now allocate up to 500 available beds to treating coronavirus-stricken patients. Vice Admiral Andrew Lewis said in a press briefing that the Comfort has “has 500 beds that are fully staffed and fully equipped now. We also have 100 beds with the same number of ventilators and we are looking to provide more. The higher-acuity patients—trauma patients, emergency and urgent-care patients—regardless of their COVID status can be treated on the Comfort.”

The Mercy’s mission is still to treat non-infected patients.

According to Navy officials, hospitals in L.A. County normally around 97 percent full have only 60 percent of their beds taken with patients right now. Hospitals deferred elective and nonemergency procedures, freeing up space. Captain John R. Rotruck, commanding officer of the Mercy, told The New York Times, “I think they’ve sent patients to us to test the system. We are at least well positioned to respond to whatever demand signal we get from the local hospitals.”

According to sources, the slow pace of patients admitted onto the Mercy is intentional. Why? To maintain control over the requests for care. Officials closely evaluate each request from L.A. hospitals to transfer a patient to Mercy. The patient is first tested for COVID-19 and must be negative before coming on-board. Because of these tests, officials closely monitor the workload balance between Mercy and local hospitals.

In any big city, accidents still happen. And injuries still occur, even during a quarantine or stay-at-home order. Even though the Comfort and Mercy are equipped to handle any kind of emergency, they are slow to accept new patients. Not because of logistics, but mostly due to bureaucracy. When the Comfort steamed into the harbor, it handed hospitals a list of 49 medical conditions it would not be treating.

As of this report, it was unclear what the 49 conditions were, but it is clear that ambulances cannot bring patients directly to the ships. However, in order for a patient to be treated on either ship, they must first be evaluated at a local hospital and then tested for the disease. This slows down the process and occupies a hospital bed that must be disinfected. According to Michael Dowling, the head of New York’s largest hospital system, Northwell Hope: “It’s pretty ridiculous … if you’re not going to help us with the people we need help with, what’s the purpose?”

The Army Goes Home Too

To add to the idleness of the military during this pandemic, the 250-bed Army field hospital set up by the 627th from Fort Carson, Colo., will be dismantled and sent home. The field hospital deployed to Seattle to treat what they were certain would be an influx of patients. The hospital was up and running March 30. Three days later, the Washington governor’s office sent them packing. How many patients did the field hospital treat? Zero. In a press release on April 9, Gov. Jay Inslee said, “We requested this resource before our physical distancing strategies were fully implemented and we had considerable concerns that our hospitals would be overloaded with COVID-19 cases.”