eForms is back! Well, maybe. But, the new and improved ATF eForms website will be up and running some time after the 15th of December but before Christmas, according to the agency. 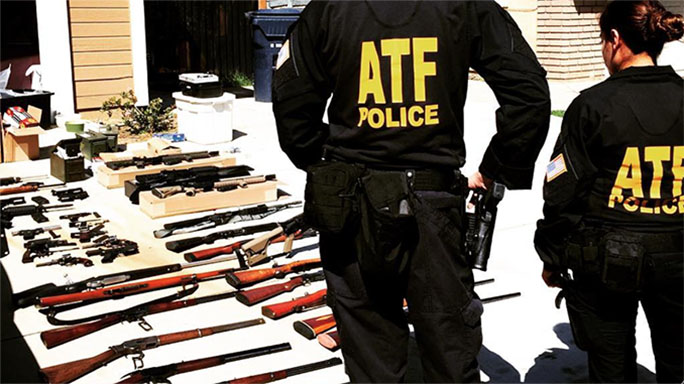 ATF: Which Gun Regulations Should Be ‘Repealed, Replaced or Modified’?

Will the new ATF eForms System Have Form 4s?

Yes. According to the agency, ATF Forms 1, 2, 3, 4, 5, 6, and 9 are accessible via the new eForms platform. For those that don’t know, Form 4 is the most popular ATF form. It’s used to transfer short barreled rifles/shotguns, suppressors, and other NFA items from dealers to purchasers. The ATF’s paperwork system has been stuck in 1988 for ages, and processing time for pen-and-paper forms can take months, and sometimes over a year. Wait times for getting an approved Form 4 is such a common joke that people refer to their suppressors being “in jail” until the form is approved.

That’s certainly the hope. Right now, the only consumer form that you can submit via ATF eForms is a Form 1, which is an application to make your own NFA item. For example, you’d use a Form 1 if you wanted to put a short barreled upper on an AR lower. Technically, that’s “making” a short barreled rifle (SBR). Most people just purchase their NFA items from a dealer, which requires the Form 4. Currently, the wait time for electronically submitted Form 1s measures in weeks, not months and months like Form 4s.

I Have an Application in Process, Should I Cancel it?

No. For instance, if you’ve already put in a pen and paper Form 4, canceling it now will actually add months to your wait time. Here’s what would happen if you canceled your current Form to try and resubmit it via ATF eForms. The ATF would receive your cancellation request, and then would do absolutely nothing to expedite your paperwork. Your Form 4 would reach the approving authority in the same amount of time it would have otherwise, but this time instead of approving it and issuing a tax stamp, they’ll cancel it, and you can’t refile until you get notice that they followed your cancel request.

Should I Wait to File if I Haven’t Started?

Yes, absolutely. If you were planning on submitting a Form 4 to purchase a suppressor or other NFA item, it makes sense to hold off for a little bit longer. You can always buy the suppressor and let it sit in jail with a dealer before you submityour paperwork to the ATF. It also might be wise to wait a week or two after the new ATF eForms systems goes live before you submit your paperwork. Let someone else be the test case to work the bugs out.

A new and improved ATF eForms system is something that NFA enthusiasts have been hoping to get for a while. It sort of feels like the ATF is giving them a little Christmas present, doesn’t it?